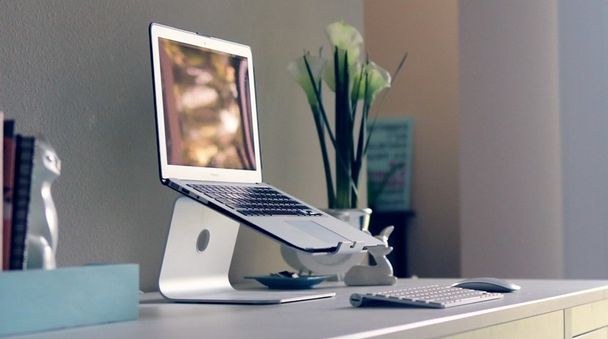 Like many of you, I attended the virtual CCCC 2021 conference last week, and while I had some initial problems negotiating the platform, I came away so very grateful for all the work that had gone into developing and delivering the conference. In fact, I am still enjoying it, since the presentations will be archived for another month. The sessions I have attended thus far have been outstanding—well researched and delivered in engaging ways: in fact, I think these virtual sessions were better than many real life ones I have attended in the past. BRAVO, BRAVA to everyone, beginning with the galvanizing message of our 2021 Exemplar, Beverly Moss, at the opening general session (which to me set a very high bar and the perfect tone for this conference) and going through Roxane Gay’s brilliant keynote to wonderful late Saturday sessions: a movable feast for sure, from start to finish—except because the conference was virtual, it isn’t finished yet, at least not for me!

Early on, I attended a session called “’Racism Isn’t the Shark in the Ocean; It’s the Water’: Stumbling through Antiracist Language Pedagogies and Practices,” where Rachael Shapiro, Missy Watson, and Shawna Shapiro—three white women—talked about their struggles to embody antiracist pedagogies in their classrooms. Recognizing their own positionalities and limitations, they offered concrete strategies for teachers, from Rachael Shapiro’s determination to “do better” as a constant mantra—to “keep working, keep failing, keep learning, keep going forward”; to Missy Watson’s practice of fore-fronting “dialogic examinations and negotiated contributions of ideologies and political histories of language” as well as her (excellent) responses to teachers who come up with “perpetual buts”—reasons why they cannot take on antiracist translingual praxis; to Shawna Shapiro’s focus on learning to ask better questions and to “call in” rather than “call out,” encouraging “speaking up without tearing down.”

Another particularly memorable session for me this year was the “Octalog IV: The Politics of Rhetorical Studies in 2021,” chaired by Elise Verzosa Hurley, current editor of Rhetoric Review, who introduced the session and gave some history on the Octalog tradition, begun with Octalog I in 1988 and continued in 1997 and 2010. These Octalogs have always focused on the history of rhetoric and historiography, but this year broadened the scope to look at the ways in which politics impinge on the institutional work of rhetoric. Candace Epps-Robertson kicked off the session of eight brief presentations asking what it means to do archival work and providing brilliant examples of how current researchers look well beyond traditional “archives” to backyard sheds, personal memories, front porches, family reunions, hashtags—all part of transcultural efforts to fully reimagine archives and archival methods. Allison Hitt advocated for “accessibility as rhetorical practice,” reminding us that rhetoric is always embodied and culturally situated and that it therefore must be accessible. Ensuing presentations focused on intimacy as an analytic and self-story as a way of creating and building knowledge; on spatial justice; on the use of counterstories in antiracist pedagogy; on the importance of traditional indigenous knowledge that is “hidden in plain sight” and on non-Western forms of seeing and knowing; on the need to pay attention not only to “good people speaking well” but on “bad people speaking effectively,” arguing that rhetoric has a lot to tell us about such people and the “dark side” they represent; and on queer methodological moves and rhetorical practices.

These presentations, as I said, were brief—probably only 6 minutes or so. I first fell in love with this kind of format at a meeting of the Coalition of Feminist Scholars in the History of Rhetoric and Composition, when a group of speakers were asked to speak no longer than 8 minutes apiece: I was on the edge of my chair throughout this session, as I admired how my colleagues managed to encompass their messages in such a short span of time. Those presentations were so brilliantly put together and delivered that I remembered each one vividly. That was the same experience I had at this year’s Octalog, which ended with a rousing challenge from Tom Miller, who said that this year’s program seemed “frozen in time,” occurring somehow outside the current moment of violent coup attempts and insurrections, a worldwide pandemic, escalating police violence, and mass shootings. “What does it take to get our attention?” he asked, going on to say that our discipline is “running out of time” to build undergraduate and graduate programs in rhetoric and writing that can fully engage current political forces through building generative community-based projects. Miller is nothing if not prescient, and his warning was a bracing way not only to conclude this session but to send us all out ready to meet his challenge.

I will be settling in this week to attend more sessions: I am especially looking forward to hearing Vershawn Ashanti Young’s Chair’s Address, which I missed, as well as a number of other sessions. Already I have new and exciting ideas about ways to engage students in the work of antiracism—through their own writing and research. So thank you, CCCC 2021!

Image Credit: "MacBook Air Station" by MattsMacintosh, used under a CC BY 2.0 license