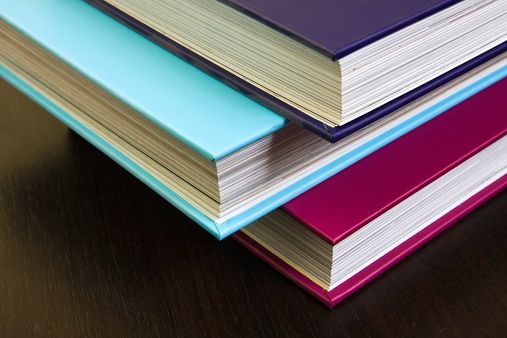 I am writing this post on April 5 and, I expect like many of you, I am preparing to attend at least some of the virtual 2021 CCCC meeting. I’m so looking forward to seeing friends and colleagues and former students, even if still only virtually.

In the meantime, it has been spring break time and I’ve been doing some interesting reading. First, with my teenage grandniece, I’m reading Neal Shusterman’s Arc of a Scythe trilogy—very much in the mold of The Hunger Games, at least so far, but fairly well written and featuring two very appealing teen protagonists who, in the first volume, are serving as apprentice “Scythes,” specially trained and decorously robed professionals chosen to “glean” people at random in order to reduce the population in a “perfect” world no longer plagued by illness or poverty. My grandniece, who devoured the Harry Potter series when she was in elementary school and likewise The Hunger Games and other dystopian YA fiction, says she will “read anything” by Shusterman. Since I’ve been reading with her for most of her life, including all the Potter books, I’m interested to see if I will agree with her assessment. As we read, we exchange text messages about the books, and we will eventually write together about this trilogy. For my part, I’ll “read anything” that she writes—and love watching her develop as a discerning reader and writer.

More in my lane, however, are two books I just heard about and am reading together, since I couldn’t decide which one to treat myself to first: Rhetorics Elsewhere and Otherwise: Contested Modernities, Decolonial Visions, edited by Romeo García and Damián Baca, and The Routledge Reader of African American Rhetoric: The Longue Durée of Black Voices, edited by Vershawn Ashanti Young and Michelle Bachelor Robinson, with the help of thirteen other distinguished section editors.

Actually, it’s turning out to be an enriching experience to read these texts together—a chapter or two in one and then some in the other—because they speak to each other so strongly. The African American Rhetoric is an anthology of recovery and celebration that beautifully bridges theory and practice in tracing the development of such a rhetoric and exploring its characteristic and transformational features. As a placard on the cover proclaims, “Black words matter.” Indeed, every page of this extensive volume instantiates that claim. The volume also supports the “pluriversality of knowledges” advocated by García and Baca in Rhetorics Elsewhere, one that moves beyond notions of postcoloniality to decoloniality, including the telling of stories “elsewhere and otherwise” that have been excluded. This shift away from “storytellers of the past,” such as the traveler, the colonialist, and the academic, to the “local individuals within local epistemic frameworks” and from Western epistemology to Border epistemology shows the potential of these stories to change the way we view history and rhetoric itself. Noting the relationship between the Eurocentric notion of rhetoric and “a logic of imperial expansion that manages identification, knowledge making, subjectivity, and deliberation,” this slim but powerful volume directly challenges this relationship by moving far beyond it to recognize, understand, and advance knowledge and scholarship “elsewhere and otherwise.”

To give just one example of why I’m enjoying reading these works together, I can point to Kevin Adonis Browne’s “Moving the Body: Preamble to a Theory of Vernacular Rhetoric, or How a Caribbean Rhetoric[ian] Is Composed” (chapter 7 in Rhetorics Elsewhere), which I read alongside selections included in Chapter 9, “Caribbean Thought and Its Critique of Subjugation” in African American Rhetorics, selections which go toward the kind of “pluraversality’ Baca and García call for while expanding understandings of African American rhetoric to link the rhetorics of Black Americans in the U.S. to those in the Caribbean.

I can already tell that it is going to take me quite a while to read and understand, to really listen to, these books—but that is going to be part of the fun, of dipping in and out, of moving from one to another and back again, and learning so much in the process. About one thing in particular Aristotle was surely right: learning is life’s greatest pleasure.

Image Credit: "Thick encyclopedias with colorful hardcovers" by Horia Varlan, used under a CC BY 2.0 license