Signs of Life in the U.S.A. 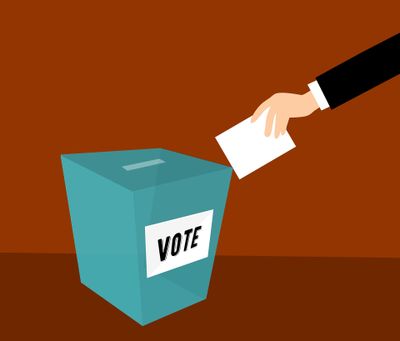 While it is not true that American popular culture disappeared over the summer that is just coming to an end, it often felt that way, what with the pandemic's effect on sporting events, live entertainment, and the movies—not to mention the ways in which the shutdown has revealed the peculiarly shared nature of pop culture, the interpersonal connections that no amount of virtual "happy hours" and celebrity YouTube collaborations can entirely replace.

But far more important has been the dark cloud cast by the pandemic itself and by the ongoing revelations of an America so politically divided that the simple question of whether to mask or not to mask has emerged as a signifier of party affiliation and personal ideology as well as an incitement to occasional violence. Add to all this the shooting war that has recently erupted on the streets of Portland, and the stark image of a country increasingly at war with itself has come to overshadow just about everything else that is happening in the U.S. today.

All of which lends particular urgency to the upcoming election, an election that, no matter how it turns out (and there are very real concerns that it will not be decided on November 3 or any time soon thereafter), is not going to resolve the underlying conflict that is tearing at the very fabric of the republic. Given the considerable attention paid to the fundamental contradictions and conflicts that divide us today—especially as they are reflected in our popular culture—in the soon-to-appear 10th edition of Signs of Life in the U.S.A. I would have liked to have known the outcome of the election as I worked on the text, but I knew that the semiotics of the situation would be the same regardless of the ballot results. This is why, as a kind of sequel to the analysis of such films as Captain America: Civil War that appeared in the 9th edition of Signs of Life, I turned to Avengers: Infinity War and Avengers: Endgame in the 10th, movies that envision an "infinity war" indeed, whereby no victory is ever truly final and implacable opponents can always reappear to fight it out again. . . and again: a fitting reflection of electoral seasons focused less on partisan politics than on out-and-out regime change.

No one should have any difficulty persuading one's students that America is caught in a cross-fire these days, and using popular culture in the classroom, more than ever before, can be a way of mediating the current crises in a manner that can raise the critical issues you want to cover in your classes without raising the temperature too severely. At the same time, a focus on popular culture can help you make that connection between learning and personal experience that has come to be regarded as a pedagogical best practice in the era of COVID-19.

This is not to say that the picture is entirely negative. For as a new chapter in the 10th edition of Signs of Life on the "Tangled Roots" and "Cultural Politics" of popular music in America reveals, the often racist history of American music has been turned around by the triumph of the Black musical tradition in the emergence of hip hop and rhythm-and-blues as the nation's most popular musical genres. Similar signs of our times are to be found in the blockbuster success of the Black Panther cinematic franchise, along with the Oscar winning breakthrough of Parasite. All in all (with a nod here to Paul Simon), it's all happening in pop culture, and I'll be updating my analyses of what we can learn from it in my blogs to follow in the coming months.