One of the readings that Sonia and I have carried over into the 10th edition of Signs of Life in the USA is Massimo Pigliucci's "The One Paradigm to Rule Them All: Scientism and The Big Bang Theory." This amusing yet highly informative analysis of one of television's premier comedies focuses on the way that the series made fun of the belief that everything in the world can be reduced to one sort of scientific explanation or another. Called "scientism," this reductionist credo is constantly on display in The Big Bang Theory, running its protagonists (especially Sheldon) into absurdities whenever they try to push it too far. 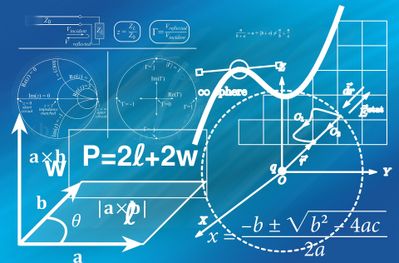 The current belief in "big data" and "analytics"—the conviction that all of our problems can be solved if just enough numbers can be crunched and the right software can be developed (remember MOOCs?)—is an expression of scientism. So, The Big Bang Theory's entertaining reminders that there is more to being human than meets the algorithm can certainly be seen as a useful corrective.

But as I contemplate the astonishing resistance in America to the most fundamental medical realities of the COVID-19 pandemic, I see something in far more need of correction than scientism: this is what I will call anti-science-ism, which is practically the exact opposite of scientism. From climate change denial to the anti-vaxxing movement and beyond, anti-science-ism is one of the most powerful forces in America today, and it can be found across the political spectrum. So, without singling out any particular example for close analysis in this blog, I'd like to offer a brief semiotic explanation for what is going on.

Of course, entire books can be devoted to such an analysis, and all of them would do well to begin with the battle between religion and science that erupted during the Enlightenment and which has been reflected most prominently in America through a continuing resistance to the teaching of biological evolution. But the current virulence against science is something else again, raising the temperature beyond anything we have ever experienced before. The Scopes Trial almost seems quaintly provincial in comparison to what is going on now.

I think the key to the matter lies in the Greek origins of the word "physics": phusis. Phusis is "nature," material reality, and that is what physics—or more generally, science as a whole—is concerned with. Now, reality has an obdurate way of getting in the way of human desire, so at a time when very large numbers of people have become dissatisfied with their reality (and the ongoing collapsing of the American dream has been contributing a great deal to this dissatisfaction), they are rejecting both reality and the scientists who study it—along with any other duly credentialed authority who tells them what they don't want to hear. Thus are born conspiracy "theories" (note the cooptation of the word here), which redefine reality according to what the spinners of such tales want to believe is true, rejecting as "hoaxes" anything that gets in the way of their beliefs.

Given the fact that things only stand to get worse in the years to come, with more and more political polarization as the gap between the educated "haves" and the less-educated "have-nots" continues to widen, we can expect to see only more anti-science-ism in the land, more versions of "realities" that are completely ungrounded in reality, and more denial, even as the temperature, literal as well as figurative, continues to rise.