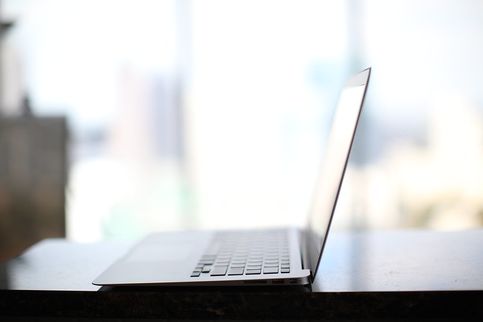 One of the most memorable sessions I attended at this year’s CCCC happened on Sunday, when the “Rhetoric’s Histories: Traditions, Theories, Pedagogies, Practices” SIG (“special interest group”) met. This session featured five speakers who spoke for about five minutes each, reminding me once again of how much can be said in that short span of time. (My favorite Coalition of Feminist Scholars in the History of Rhetoric and Composition meeting ever was one where speakers each had 8 minutes. I can still remember how electrifying the atmosphere was as one after another scholar spoke right to the point!)

In this session, Tamika Carey from University of Virginia explained to us why rhetoricians must study impatience—and argued that rhetorical impatience is always a “necessary source.” Lisa King from University of Tennessee spoke compellingly about dominant narratives about Indigenous peoples: that they are gone, simply disappeared, or that they are “niche,” a kind of “add-on” to the history of the U.S. (One telling example: while the oldest structure on her home campus is the Indian Mound, it is never mentioned in the official narrative the university tells about itself.) Aja Martinez from University of North Texas described the “rhetorical gymnastics” being used to brand Critical Race Theory as toxic and showed how she is mounting counter narratives, one step at a time. And Kathleen Welch from University of Oklahoma continued her critical analysis of Aristotle and Neo-Aristotelian rhetoric and alerted us to forthcoming work on World Rhetorical Traditions, edited by Hui Wu and Tarez Graban. That’s a book I will be trying to pre-order!

Perhaps Haivan Hoang from University of Massachusetts Amherst most captivated my imagination, though, with a searing report on “racial melancholia” in writing classes. Building on Freud’s definition of the term as “unresolved loss,” Haivan told us about her research with Asian American students and their many, many unresolved losses—losses that often come up in assigned readings for their courses. She quoted students who spoke movingly about being in classes where the readings seemed intended to educate or teach white students, ignoring those in the class whose families had lived the traumas being described. I couldn’t write fast enough to capture the quotations, but the point they made really struck home and I have thought long and hard about how I choose readings and how I prepare students for reading and discussing them. One student in particular commented on how there never seemed to be time to absorb and really discuss; the class instead just rushed on to the next reading. That made me think of the “slow reading” movement and of the utter inadequacy of the “coverage model” in our classes. Less is usually more, as this student noted.

So much to learn. And attending this virtual conference reminded me of that fact—and made me long even more for an in-person meeting next year. While I could see all of these amazing speakers on my computer screen, their impact would have been even greater in person. So I will hope for that next year. In the meantime, I am grateful to all these scholars for their wisdom and advice.