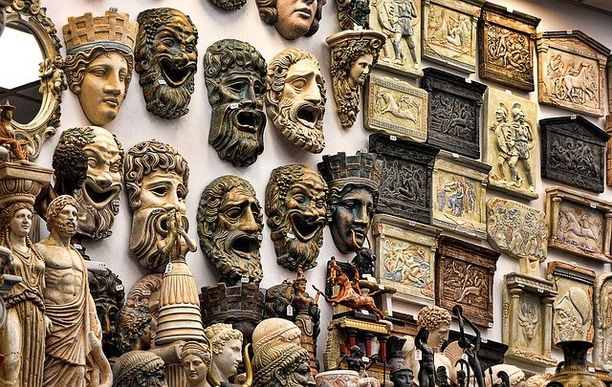 This post will go up on October 22, the putative day of the final presidential debate of 2020. I will be watching with two friends who have been as cautious as I have been these last 8 months (we will be masked and six feet apart) because I truly can’t face watching it alone. Perhaps next week I will be able to make some coherent comments on the debate and its relationship to the work we are doing in teaching writing and speaking and reading and listening.

But for now, I’m practicing some avoidance behavior, looking for things to take my mind off the current campaign and all that is at stake for our country. Which means I am reading—things that are far removed from the current moment. I’ll admit that I’m a bit late to the dance in terms of reading Pat Barker’s The Silence of the Girls, which was published in 2018. In fact, I had never heard of Barker or this book until late this summer when I took to reading classic epics. I was really taken with Emily Watson’s spell-binding translation of The Odyssey (the first translation of the ancient text into English by a woman), which I had meant to read ever since its publication in 2018 but didn’t get to until the pandemic put me in a mood to revisit old tales. And in reading about Watson’s translation I somehow stumbled on a mention of Barker’s book—which tells the story of The Iliad through the eyes of Briseis, a princess who watches Achilles kill her husband and three brothers and who is then given to Achilles as his “prize” and moves from princess to enslaved woman in the clink of a sword.

So I decided to re-read The Iliad (in the Alexander Pope translation, which I thought I would like but found very tedious) alongside The Silence of the Girls. What a couple of weeks I had of it too—going back and forth, taking breaks to read other accounts of the decade-long Greek siege of Troy, and then dipping back into the two books. About halfway through the story, though, I gave up going back and forth: I wanted to stay with Briseis and her voice, her vision, her telling of the story. Later I went back to finish up the Pope translation, but found myself reading it differently: Briseis was whispering in my ear on every page.

Of course, Pat Barker is not the first woman to take on an ancient tale and tell it from a woman’s point of view, not by a long shot. So next I turned back to Emily Watson’s Odyssey and kept it close by while reading Margaret Atwood’s The Penelopiad. And I plan to take up David Ferry’s acclaimed translation of The Aeneid and Ursula K. Le Guin’s 2007 retelling from the point of view of Lavinia, whom Aeneas claims and with whom he founds Lavinium.

So these are some of the books I’ve read in any spare time I have had the last few months—and doing so has led me to think a lot about reading books about the same subject in pairs, especially if part of that pair takes a feminist or womanist perspective.  (Or perhaps in threes: I had a chance to see Enda Walsh’s tragicomic Penelope when I was in Ireland about ten or twelve years ago and I still remember it vividly; I should have looked for the script when I was reading The Odyssey and The Penelopiad!)

In the last couple of weeks I’ve had a chance to speak with a few college students about what they are reading, and as I’ve talked with them about new takes on old tales they have seemed drawn to stories of the past, as I have been. It seems to me that taking this approach could lead to some really fine student research: take an iconic or classic story (from any culture they know or want to know about) and trace its translation history. (I once did this for translations of Sappho’s fragments and came away utterly astonished at how different eras “translated” these texts; on another occasion, I worked with a student to explore the history of Icon, a Black superhero whose stories often echo those of others in transformative ways.) Or just do as I have done and read an epic and a retelling of it and write about the experience of that reading. So far, I have been sticking with traditional print novels, but I expect I wouldn’t have to look far to find not only plays but also graphic narratives (or comics accounts of ancient tales), and it would be very intriguing to see whose point of view such versions gave voice to—and which they choose to silence.

For now, though, I’ll get back to Lavinia. I’d love to know what some of you are reading—if and when you have time to read beyond what you are doing to prepare for the next class... and the next, and the next. In any event, I hope you have time for some reading just for yourself: as Emily Dickinson reminds us, “There is no frigate like a book” to take us to new (and better) places.