In a previous edition (the 7th) of Signs of Life in the USA, I presented a semiotic interpretation of Christopher Nolan's The Dark Knight as a hands-on illustration of how to conduct semiotic analyses of popular movies. Focusing on the critical difference between Jack Nicholson's portrayal of the Joker in Tim Burton's Batman and Heath Ledger's Academy Award winning interpretation of the role, I noted that while Nicholson’s Joker "was far more violent and sadistic than any Joker in the past, he "was motivated by desires that his audience could understand: He wanted money, he wanted power, and he wanted revenge . . . . We may not be on his side, but we can understand him." In contrast, Ledger's Joker "doesn’t want power, as is evident from the fact that while he makes war on the mob, he does not attempt to build his own organization . . . . And he doesn’t want money, which is dramatically symbolized by his setting fire to a huge pile of cash atop which sits the mob’s accountant. He doesn't really seem to want revenge (even his indications that he was cruelly raised—suggesting thereby a possible revenge motive emerging from his childhood—are undercut by later speeches that make it clear that he will say just about anything, no matter how untrue). And he doesn’t want sex (Nicholson’s Joker had a girlfriend, though she was horribly abused; Ledger’s Joker is completely unattached). Basically, all he wants to do is create mayhem and make people suffer as much as possible."

Tying this difference to a promotional poster of Nolan's Batman featuring an image of the Caped Crusader standing in front of a New York City skyscraper whose upper stories appear to be on fire (clearly evoking some of the most searing images of the 9/11 attacks), along with the significant subtitle, "Welcome To A World Without Rules," I concluded that "Ledger’s Joker is very much a reflection of the terroristic violence of our times. Simply stated, Ledger’s Joker is a terrorist, and as such he raises an important question that is very explicitly presented in the movie: namely, how can a society fight terrorism without becoming terroristic itself? Batman: The Dark Knight both reflects and addresses this larger cultural dilemma by dramatizing the choices that civilized societies must make when battling enemies who do not seem to respect any limits. Thus, while Batman is willing to break some rules to fight the Joker, he is not willing to kill him when he has him at his mercy (the Joker even anticipates this as he dares Batman to kill him and so become like the Joker himself). Reflecting the dilemma that Americans face when confronted by such shadowy organizations as Al Qaida, Batman: The Dark Knight was ultimately a profoundly political film which raised questions about the conduct of the entire war on terror."

I recall this analysis now as America is being confronted with an ever-growing threat of domestic terrorism, with the massacre in Buffalo being the latest in a seemingly unending string of such attacks. And, as so often seems to be the case now in the digital age, there appears to be a trail of prior actions and Internet posts that, if effectively handled, could have led to measures that might have prevented the tragedy. But as law enforcement authorities would tell us, if an arrest was made every time someone posts disturbing content on the Internet, or acts weird at school or at work, a good proportion of the country would be in jail.

And so we are once again faced with The Dark Knight conundrum: namely, how can a society fight terrorism without becoming terroristic itself? What liberties are we willing to give up for the sake of public safety? What liberties, the Constitution being what it is, are we able to give up? These are not rhetorical questions on my part. And no, I'm afraid that I do not have the answers.

Signs of Life in the USA 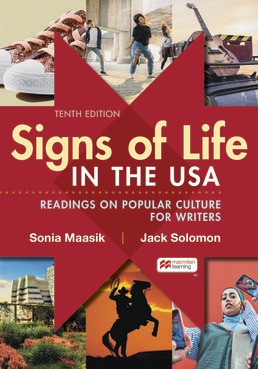