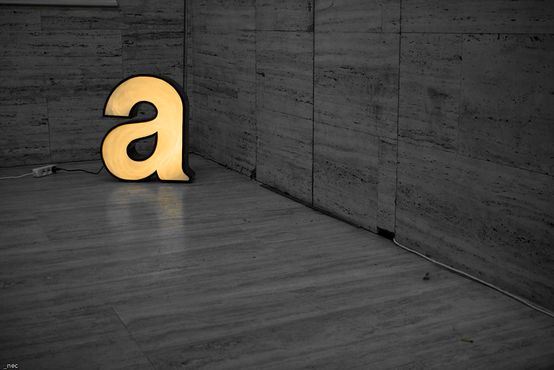 I live on the coast of California about 150 miles north of San Francisco in a community called The Sea Ranch. It has quite a history, of which I was completely unaware when—after love at first sight—I bought a lot here in 2000 and eventually saved enough money to build a home. Now I am a ‘full-timer” here and over the years have come to know a lot about this place. It was the home of the Pomo people before a “settler” received a Mexican land grant in 1846 for the property. In the early sixties, an architect surveyed the ten miles of coastal land before a group purchased the property and engaged a distinguished group of young architects to design a community whose watchword was to be “living lightly on the land.” Graphic designer Barbara Stauffacher Solomon, known for her supergraphics, designed the Sea Ranch logo, which you can see below, as well as large and very striking interior paintings for several of the original buildings. 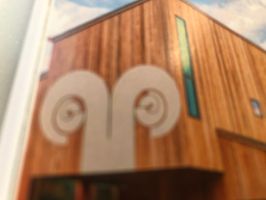 And here’s where fonts come in. As they wrote materials about The Sea Ranch, the founders settled on the very modern, very “in” Helvetica font. As I got to know more about The Sea Ranch and became friends with one of the original architects—the fabulous Donlyn Lyndon—I got curiouser and curiouser about this favored and pervasive font and learned of its rise to prominence as “the most famous” Swiss Style typeface.

Launched in 1957, the neutral sans serif design was meant to be versatile and unobtrusive—to go unnoticed. But noticed it certainly was, soon becoming the go-to font for many brands, from Target to Apple’s Macintosh, from Yankee Stadium to the side of NASA’s space shuttle.

Wow. Learning a little bit about this history, about the rise and fall and rise of Helvetica, of the wars between those who loved and those who loathed it, made me think of asking students what they know about fonts and why they choose them. I have them work in pairs to choose a font they admire and then see what they can find out about its history, about who created it and why, and about where and by whom it is used. Then we use their findings to launch a discussion of different font “personalities” and to write up little bios of a couple of fonts, describing them, giving them nicknames and character traits. We have some fun along the way, and students become much more conscious of the design choices they are making, often without even thinking of them.

So the next time you give an assignment, ask students to pay special attention to the font they choose—and to append a memo to you at the end of the assignment explaining their choice. I always find these explanations fascinating!

Image Credit: "helvetica 50" by _Nec, used under a CC BY 2.0 license (top); Photo by Andrea Lunsford