Opportunity for Arguments of Definition 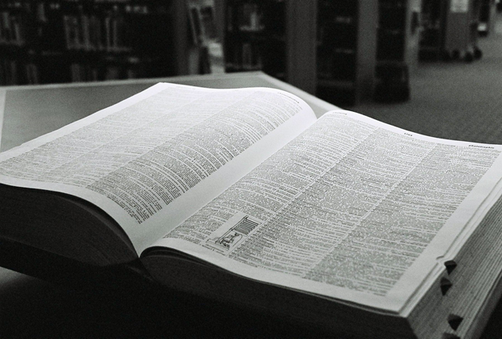 In Everything’s an Argument (soon to be in its 9th edition!), John Ruszkiewicz and I devote an entire chapter to defining terms and arguing that definitions matter, legally, socially, personally—and providing lots of examples to back up that claim, from the way the word “marriage” is defined in the now infamous Defense of Marriage Act to how "racism” is defined in the Merriam-Webster dictionary (a definition the dictionary revised after recent college grad Kennedy Mitchum wrote to them pointing out the inadequacy of their current definition). And we point out how definitions can shape or control or oppress us personally, as when a label (“developmentally disabled,” for example) puts us in a category that limits our potential.

During the second Trump impeachment trial, I paid close attention to the words and phrases the two sides used most often, remembering an analysis from the first impeachment of the former president that compared the frequency of words and phrases used by the two sides and found that they seldom overlapped. I’m hoping one of the news organizations will undertake similar research for this second impeachment. But in the meantime, this event provides a fine opportunity for our students to investigate, explore, and perhaps challenge frequently used words and their definitions. Here are just a few we might start with:

These are words I heard over and over, with numbing regularity, as I listened to speeches and statements and watched video clips. But how were these words being defined by those who used them? How should they be defined? Where do these words come from—what’s their history? (I learned for the first time, for example, why the representatives bringing the charge of impeachment from the House are called “managers.”)

So perhaps we can give students a chance to process some of what has happened during the impeachment trial through the analysis of terms. Ask them to work in pairs or small groups to research the history and derivation of a term on the list above—or choose another one they heard mentioned often—and then try to deduce how it is being defined by those using it during the trial. Then ask them to offer a definition of their own, with their reasoning fully explained. I think doing so may lead to some good critical thinking and also to an engaging class discussion based on substantive reasoning rather than often uninformed opinions.

And on a completely separate note, the big news here in my little part of the world is that I got my second vaccination on February 14: Happy Valentine’s Day!

Image Credit: "Dictionary" by greeblie, used under a CC BY 2.0 license