Opinion/Analysis: A Time to Break Silence 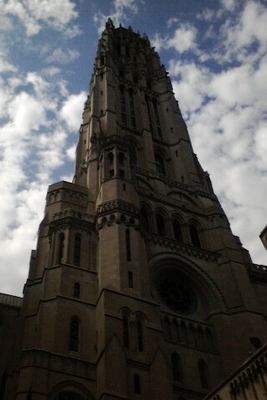 For the past few years, students in my first-year writing classes have shared with me that most of their previous school-based writing was objective. By objective, students meant that their supporting evidence was based on information from several sources. Additionally, to emphasize objectivity, students did not include their own opinions and did not use the first person singular pronoun “I.” Our second writing project is an opinion/analysis essay that involves an evidence-based close reading of Dr. Martin Luther King, Jr.’s 1967 speech, “Beyond Vietnam: A Time to Break Silence.”

For the students, this assignment resulted in cognitive dissonance. Writing their own opinions contradicted students’ internalized rules for “good” writing. The students were familiar with analysis from studying literature. They asked me how they could use analysis to form their own opinions. Before responding to this question, I took a breath. There were various potential responses to this question. Literary analysis is not objective. As writers, we make choices about analysis based on opinions and biases, conscious or not. Analysis allows writers to discover what they believe and why they believe it. As creators and consumers of social media, students already work with opinion-based analysis, especially in the current contexts of the pandemic, the Movement for Black Lives and #StopAAPIHate. In the students’ lifetimes, these contexts might well be studied as history.

The events in the last year of Dr. King’s life, including his decision to break the silence with “Beyond Vietnam,” were the backdrop of my childhood. For me, the historical context of the speech is ever-present even as, for most of my students,  those events are long past and often unfamiliar. Familiarity with that context can be a useful tool for analysis. With this in mind, I tweaked the assignment by adding historical context for “Beyond Vietnam.” We watched three videos.

The first video, “The Promised Land 1967-1968,” from the Eyes on the Prize series, covered the last year of Dr. King’s life and included clips of Dr. King’s speech on April 4, 1967, at Riverside Church in New York City.

The second video was intended for primary school children and offered a brief biography of Dr. King’s life. It focused on Dr. King’s childhood and the 1963 March on Washington for Jobs and Freedom. Absent were the difficult details from “The Promised Land,” which included Dr. King’s evolving perspective on the need to speak publicly against the Vietnam War, and his vilification by the media.

These two videos were meant to stand in contradiction to each other, and show how “facts” of Dr. King’s life and work could be revealed or withheld based on the intended audience and the opinions of the contented creators.

The third video showcased clips from a mural based on “Beyond Vietnam.” In the spring of 2008, I assigned first-year students an in-class multimedia project, and the students created the mural from crayons, blank computer paper, and tape. Using multimedia, students were invited to question the relevance of Dr. King’s work in the twenty-first century. In spring 2008, I suggested to my spring 2021 classes, students were concerned about the wars in Iraq and Afghanistan, and with the 2008 presidential primaries. This video was meant to show an affective response to “Beyond Vietnam” that appealed to pathos, and also to ethos and logos. The text and context of “Beyond Vietnam” mattered in 1967 and still mattered to students in 2008. Dr. King’s struggle to break the silence on the global intersections racial injustice, poverty, and war was still relevant forty-one years later.

In 2021, students connected to “Beyond Vietnam” through similar intersections. On Zoom, we analyzed  a passage in which Dr. King urges his audience to join him in struggle, using the personal plural pronoun  “we” for emphasis:

Dr. King’s struggle feels transcendent and still relevant to everyday lives. How do we break the silence in a world that often responds with hostility? How do we resist old rules and learn new practices? And how do we do this “with all the humility that is appropriate to our limited vision”? The students’ writing is still in process.