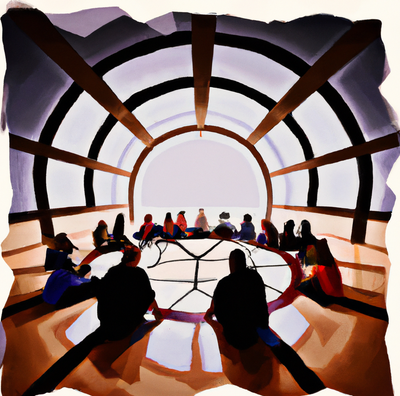 Recently, I had the good fortune to attend a symposium in honor of Jacqueline Jones Royster and her book Traces of a Stream: Literacy and Social Change Among African American Women, published in 2000. The symposium, organized by Professors Carmen Kynard and Eric Pritchard, featured panels devoted to Royster’s work and particularly to the deep significance of Traces and to the influence it continues to have across a range of fields. Speaker after speaker related their own experiences with the text, sharing what it has meant to them and to their careers. And those of us in the audience were invited to add comments in the chat with thoughts of our own.

If you do not know Traces of a Stream, or Royster’s Feminist Rhetorical Practices (co-authored with Gesa Kirsch), or her edition of Southern Horrors and Other Writings: The Anti-Lynching Campaign of Ida B. Wells, not to mention her award-winning and often-reprinted CCCC Chair’s Address, “When the First Voice You Hear Is Not Your Own,” I recommend them highly. Certainly, Jackie Royster’s work has guided and influenced my thinking and my teaching for decades. In the eighties, I had the great good fortune to be colleagues with Jackie at Ohio State and later to team-teach a class with her at the Bread Loaf School of English. I remember the team teaching as if it were yesterday and in fact often open my own classes by sharing the first day of that class with my students. The students all introduced themselves and explained why they were taking our course (on the power of public rhetorics). Then Jackie and I introduced ourselves, and Jackie said something that became a mantra for me: “My goal for this class is to make sure that every person learns that they have something to teach everyone else—and that they have something to learn from every other single person here.” And then I watched as Jackie made sure we accomplished that goal—and that we were aware of it and of how important it was. Confidence, humility, and gratitude—those were lessons we all learned and treasured.

So, did I want to participate in this symposium in Jackie’s honor? You bet I did, and I attended every session I could, including a blockbuster keynote delivered by Jackie herself, called “Tracing the Stream: A Personal Retrospective on Learning to Think Sideways.” Calling Traces her “soul book,” Jackie recounted her goal of talking seriously, carefully, lovingly about people who had been deemed “inconsequential,” and showing how remarkable they and their lives were. In doing this work, she called on Octavia Butler (I have long known that Butler was one of Jackie’s favorite authors but did not know why until this symposium!), whom she credits for the concept of “thinking sideways,” saying that her ability to think outside the box enabled her to understand the human condition and to develop an Afro-Feminist vision expressed in a combination of fiction and fantasy that changes the way careful readers think. Butler is “emblazoned” Jackie says, in her heart, soul, and backbone, and it’s Butler who helped her form new ways and means of remembering and to “think sideways” like Butler does. Such thinking involves “acknowledging the passions we hold,” rather than striving for some kind of false objectivity or distanced assessment, then “thinking about HOW we are thinking and perceiving.” Then, use this passionate thinking to identify and write about people who might have seemed inconsequential but who were “really there” and “really consequential” in their contexts. This kind of thinking makes way for revisioning and reimagining texts and people. It also demonstrates that, without doubt that those doing “Black feminist rhetorical scholarship” are here, that they are “sane,” and that they are hard at work in the archives and well beyond.

Her own archival work grows out of her long-held desire to know and understand the work of the women around her, her spiritual and intellectual forbearers and the obligation she feels to show and honor the strength of the “ancestors.”

Over the decades, I have learned a great deal by heeding Jackie’s admonition to acknowledge and honor our own passions rather than trying to keep them somewhere in a box, while we produce “valid” work. This concept helped me understand not only the work that Jackie has done or why she spends time and effort remembering people like her ninth-grade history teacher, Miss Katie Johnson, who taught African American history out of her own personal library—and opened up a new world of scholarship as well as way of thinking for ger young pupil. Such lessons eventually led Jackie, in graduate school, to question all old paradigms of research and to begin rethinking—well, everything—about what constitutes research, about who and what are legitimate objects of research, about what “counts” as a source, about what is “anointed” as knowledge, and what is not.

These insights have led me to broaden my own understanding of research, of its goals and processes. And to try to introduce students to this broader and more compelling understanding of research. As a result, I have seen students adopt a whole new attitude toward “research,” now seeing it as something close to them and to their lives and goals. And wanting to pursue it, in their own ways and using their own means. I hope, fervently, that I am helping students learn at least a little about “thinking sideways.” If so, I have Jacqueline Jones Royster to thank for that—and for so much more.