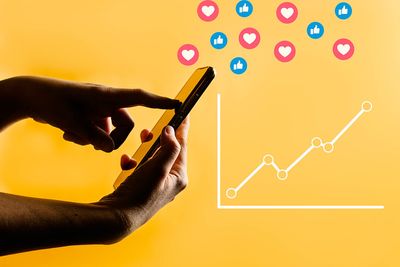 There is a daft scene in “A Hard Day’s Night,” the Beatles’ groundbreaking music-video-turned-feature-film, where George Harrison opens the wrong door and winds up in the office suite of an arrogant advertising executive. Mistaking Harrison for a random teenager who has been invited in for a kind of market-test interview (the whole joke of the scene is that the exec doesn’t know who Harrison is), the ad mogul quizzes him on some teen fashion that his firm is marketing at the moment, as well as on his opinion of the young woman who is currently serving as the “face” for the advertising blitz that he is directing. Harrison bluntly responds that he and his pals think she’s a joke and proceeds to make rude comments about her when she appears on the telly.

Today, almost sixty years later, we can easily recognize who this (albeit fictional) young woman was supposed to be: she was an “influencer,” someone who convinces consumers to buy something not on its merits but instead capitalizes on their desire to be just like the influencer. In the past, such figures were chosen in accordance with the results of extensive market research campaigns conducted in order to discover just what the target market wanted and desired. But, as the scene from “A Hard Day’s Night” illustrates, this could be a rather hit-and-miss affair, with plenty of misses.

Now, as I discussed in my last blog entry, the world of mass-market advertising is changing rapidly due to lightning-fast developments in digital technology. One of these developments has been the emergence of an ever-growing legion of home-grown influencers who are leveraging their YouTube and TikTok accounts as lucrative personal enterprises. Importantly, they exist independent of the giant mass marketing corporations who once ruled the air waves. So the semiotic question is: what might this shift signify?

A good place to begin such an analysis would be the rise of the internet influencer, which has upended the semiological theses of the late Jean Baudrillard. He described what he called the “era of the sign” as a world of top-down semiotic bombardments imposed upon a passively receptive mass audience by corporate media masters. The famous television commercial that introduced the Macintosh computer to the world at the 1984 Super Bowl offers an ironic illustration of Baudrillard’s vision (ironic because, after all, it was a corporately created advertisement aimed at passive television viewers). The message of the ad has turned out to be largely true, however, because the era of the personal computer has upset the era of the sign, disrupting the traditional monopoly on mass communications once held by governments and media moguls.

But as is so often the case in cultural-semiotic analyses, our interrogation reveals a significant paradox: the inversion of the old media order, which has placed so much power in the hands of private individuals, has turned out to be an enormous boon to corporate marketers and advertisers, who no longer have to rely on guesswork to read the mass consumer mind. These days, all they have to do is purchase data-mined information describing the online behavior of the followers of the most popular influencer sites that they want to advertise to. It is evident that today’s influencers are ultimately still a part of a corporate net; or, to put this another way, the liberation that Apple’s “1984” commercial heralded has only resulted in a more efficient way for marketing moguls, like the hapless character in “A Hard Day’s Night,” to get you to buy what they want you to buy.

Meet the new influencer, same as the old influencer.