Lighten the Mood with Writing 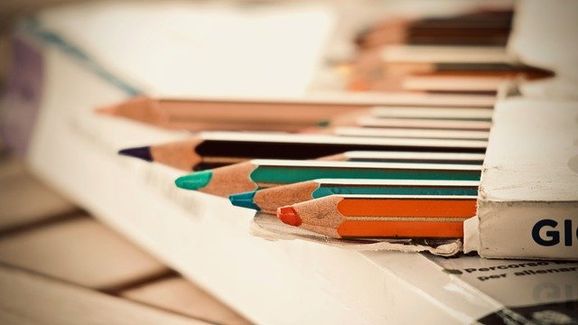 As the fall term of this dreadful year comes to a close, as exams and final essays and endless grading face students and teachers alike, I think it’s a good time to take a deep breath and a break from end-of-term tension—and declare that silly season is here. Over the decades, I’ve done this at the point when students were glassy-eyed, sleep deprived, and often very tired of the major projects they were trying to complete for our class.

So just for a day or two, we would devote ourselves to having some fun, with language of course! One of my favorites was to do some playful imitation—writing the opening of a fairy tale in the style of a favorite author, actor, or singer: say Stephen King, Toni Morrison, Lin-Manuel Miranda, or Jay-Z presenting the opening of “The Three Little Pigs.”

On other occasions, we would go for limericks: “There once was a sophomore from Stanford” or “There once was an upstart from Ujamaa” (a Black Culture theme house on Stanford’s campus—that was at tough one to rhyme!). Your students would surely come up with lots of clever ones based on your own campus.

Or we might go for haikus, which can lead to all kinds of inventiveness and good fun. I’ll never forget the haiku a five-year-old in the writing club I started on a Semester at Sea around the world voyage wrote:

in a weird disguise.

I still remember watching him count out the syllables on his fingers and learning that even five year olds know tater tots are weird! My first- and second-year students are even more inventive, often coining new words in order to make a rhyme work.

And we perform these amusing, tongue-in-cheek works of art in fancy dress or costumes and using props of all kinds. In the pre-pandemic days, we did all this in person, and each student could invite one or two friends to attend so that we had a responsive and often participatory audience. But I’ve found that these performances can also work well on Zoom or other platforms: in fact, students often have resources they can call on wherever they are staying—and they can also perform outside as long as their laptops will cooperate.

The point, of course, is to reduce levels of stress and tension, to loosen up, to be silly, and to be purposely playful with language. In my experience, doing so can add up not only to helpful practice in writing, speaking, listening, and performing but also to remembering that learning is often a whole lot of fun.