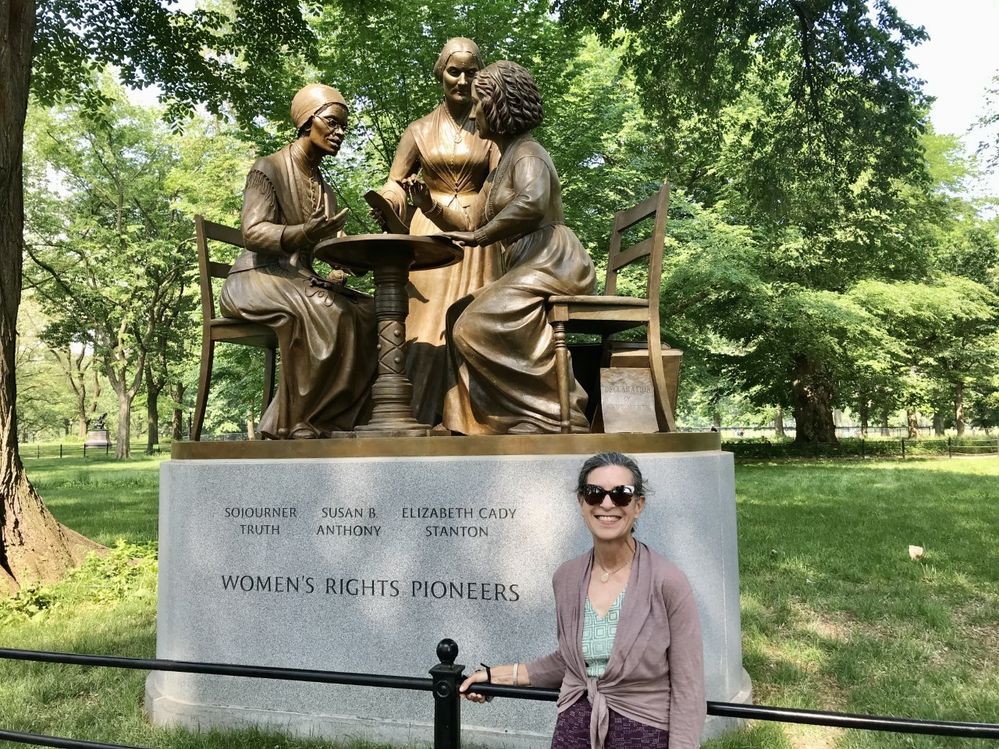 I tried a new assignment this spring, inspired by the electrifying writer, Rebecca Solnit. I can’t stop thinking about it, and my students can’t stop talking about the way it has changed the way they see — and map — their environments. In particular, it has led them to appreciate the power of language, and sparked a desire to research and revise place names all around them.

Solnit, as you may know, is a lover of maps. She captures the ways they make meaning in her wonderful collection, Nonstop Metropolis: A New York City Atlas, co-produced with a geographer. In her "City of Women" map, for example, she provocatively reimagines the New York City subway system, with women’s names marking places we mostly know from historical men: Washington, Hudson, Frick, Rockefeller. Solnit says of her map that it "was made to sing the praises of the extraordinary women who have, since the beginning, been shapers and heroes of this city that has always been, secretly, a City of Women"— think Woodhull, Sanger, Chisolm.

After reading Solnit’s essay, I invited students to apply her method to a location that means something to them, and to investigate place names and propose alternatives that would make hidden histories visible. I have rarely seen students so energized to revise existing texts, nor so inspired to propose alternatives. Some students discovered the place names in their hometowns only celebrated the white men responsible for the genocide of indigenous peoples. Some found street names in their neighborhood ignored the Black residents who profoundly shaped the community. Hardly any found women’s names on street signs, stadiums, or parks.

Armed with scholarly research on the power of naming, and their own passions and perspectives, students re-wrote area maps and designed keys with biographies that explained their newly proposed place names. We all learned a lot as they celebrated local suffragists, ballplayers in the All American Girls Professional Baseball League, Black reformers, women schoolteachers, Indigenous peoples, and grandmothers who they believe deserve to be celebrated as community-builders. I have never seen a group of students so jazzed about sharing their work, nor an assignment that students were still talking about months after they turned them in.

My students’ projects have reminded me of the unexpectedly emotional response I had to visiting the Women's Rights Pioneers Monument last summer. Meredith Bergman’s sculpture was installed in Central Park on August 26, 2020, to commemorate the passing of the 19th Amendment and is one of the few monuments of historical women in the city. As I lingered over the details in the strong, bronze faces of Sojourner Truth, Susan B. Anthony, and Elizabeth Cady Stanton, other passers-by stopped to marvel at the significance of seeing women honored this way, to name them, and recognize their work. A mother with tears in her eyes patted her young daughter’s back, and a pair of white-haired women clutched one another’s hands, saying, “This matters. This matters so much.”

Image Credit: Photo of the author at the Women’s Rights Pioneers Monument in Central Park, New York City, provided by the author.