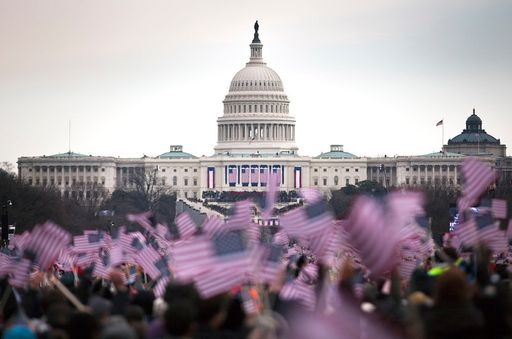 Yesterday, Joe Biden was inaugurated as the 46th President of the United States. In spite of claims of election rigging and fraud, none of it backed by evidence; in spite of a deadly riot aimed at overturning the results of the election; and in spite of a raging pandemic that has claimed close to 400,000 deaths in the U.S. alone, it looks like a peaceful transfer of power has taken place and we have a new president—and a new vice president, the first Black woman and Asian American to hold that position.

The opportunity to deliver an inaugural address only comes around once in four years, so it’s no wonder that such speeches are usually scrupulously and carefully crafted beforehand and pored over afterward as a way to understand what the next four years may hold. From George Washington’s first inaugural address in 1789 (during which he urged the Congress to add a Bill of Rights to the Constitution) to Abraham Lincoln’s first inaugural address (1861) in which he sought to appease the southern, slave-holding states and avoid civil war and his second inaugural address (1865) in which he condemned the evil of slavery while calling for “malice toward none and charity for all,”  seeking to “bind up the nation’s wounds”—well, I could go on and on, noting the best and worst inaugurals, the shortest and longest, the most and least important. In fact, I’ve just read a number of inaugural addresses, including those by Woodrow Wilson, Franklin D. Roosevelt, Harry Truman, John F. Kennedy, Ronald Reagan, and Donald Trump. And what a range they represent—all food for thought as well as material for rhetorical analysis.

So for this week of the Biden inauguration, teachers of writing have an opportunity to engage students in just such an analysis. Students could choose an inaugural address to analyze individually; pairs of students could choose pairs of addresses to submit to comparative analysis; or teams of students could conduct an analysis of one particular address. This week, my choice would be to ask students first to listen to Biden’s inaugural address—listen to it very carefully, taking in not only his words but his body language and facial expressions along with the context surrounding him—and to make notes on their overall impression of the address, listing what was most uplifting and memorable along with what they wished they had heard but did not, how they responded to the address, etc.

Then ask students to read the address together with two or four other students (so groups of 3 or 5), bringing to bear the notes they took after listening and going sentence by sentence, paragraph by paragraph, to discuss the ideas. And then, staying with the same group, work in teams to analyze the address: one team would analyze the structure of the speech, outlining its parts, noting transitions and linkages from point to point; another team would analyze the opening (exordium) and conclusion (peroration), looking for echoes between the two, for the most memorable words and lines, and especially for how the President chose to conclude these remarks; a third team would examine the use of metaphors and similes and other figures of speech (did Biden echo Kennedy’s use of chiasmus or use metaphor as Reagan did in referring to America as a “shining city on a hill”?) and use of stories or anecdotes; a fourth team would identify two or three major points in the address and the evidence offered in support of those points; and a fifth would make a list of the sources Biden calls on and point out the effect they are intended to have on the audience (all of us). You may well think of other questions to ask and other goals for teams to pursue: what can a team discover about audience reaction to the address? What effect did the heavy military and police presence have on the address?

Finally, the teams should draw some conclusions about how the inaugural address worked and how well it worked, and especially about what values, assumptions, and expectations are embedded in the address—all based on their findings. In my class, I would want to call students’ attention to the three kinds of speeches the ancient rhetors identified—judicial, deliberative, and epideictic. Almost all inaugural addresses fall into the category of epideictic (that is, devoted to praise and/or blame), but it is very interesting, and telling, to note whether a particular president leans more toward praise or blame and why. What mark did Biden put on his use of praise and blame?

I think such analysis will make for lively and interested and—most of all—informed discussion of this particular inaugural address: students will have gathered data and used that data to draw conclusions, rather than simply airing their personal responses to the address, or to Biden in general. And that, after all, is one of the major goals of rhetorical analysis: to provide a range of strategies for engaging with and understanding and eventually evaluating the events—and words—that work to shape our lives.