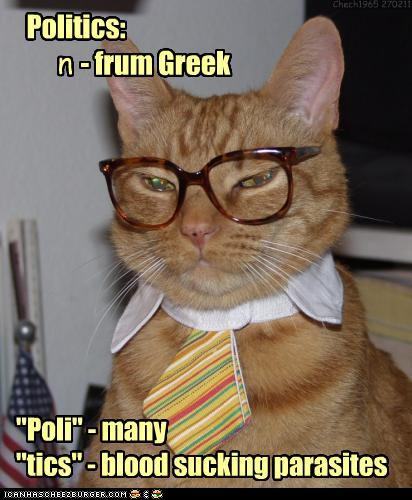 Last week, I shared a Political Meme Scavenger Hunt activity, one of the resources that I also shared at the Computers and Writing Conference in East Lansing, Michigan last week. My session focused on how political memes work and strategies for using them in the classroom. Today I am sharing another resource from the session: online meme generation tools.

The tools listed below all create image macros, the kind of meme that consists of an image and usually some text caption. An image macro can also include an emoji or other drawing as part of the message. The LOLcat on the right is an image macro.

The meme generators I collected are free and offer many options. Those strengths come with a down side however. The sites appear to do little review of the memes that are generated and posted. Since the sites are free, they are wide open to anyone who wants to create an image-based meme. Some of the memes on the sites are problematic. You will find images that are racist, sexist, and graphic. Some of the meme templates are also problematic, relying on stereotypes or questionable images.

You will also find that trolls can attack a site, either making it inaccessible or overloading the site with questionable content. The screenshot below shows the recently created memes on the Meme Generator site at the time I was writing this post: 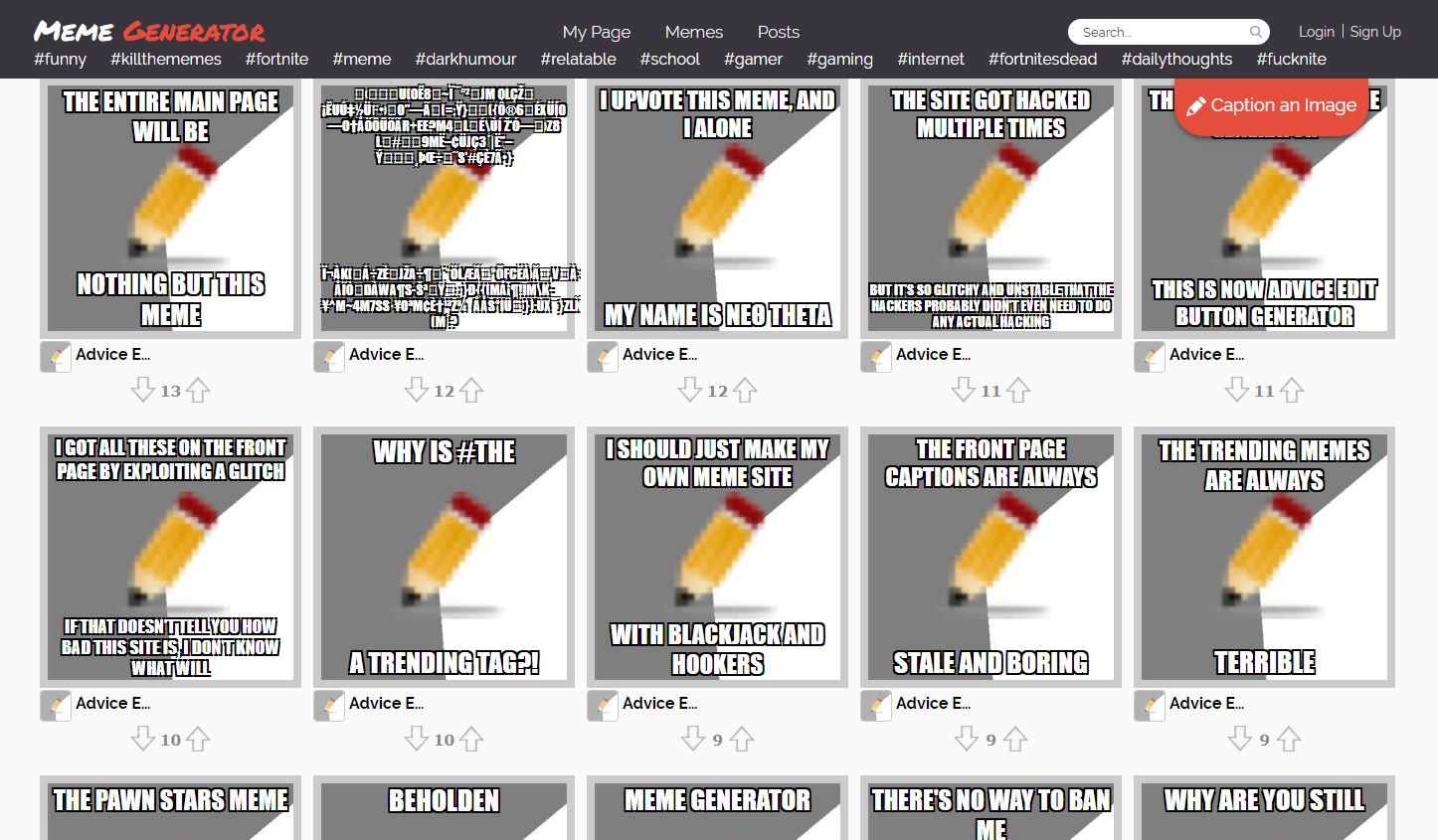 The page was flooded with a pencil meme and text that taunt the website managers. The top left meme includes the caption, “The entire main page will be nothing but this meme.” Other messages on the page continue the theme, criticizing the website and boasting about the attack.

This example demonstrates the problems what you may encounter with using these sites. To address these issues, I suggest the following guidelines:

One way to avoid problematic meme templates is to send students to specific generators that match the topic you are discussing and that do not begin with an inappropriate image. All of the generators listed here could be used by those who attended my conference session to make political memes:

These links take you to templates with a range of options. Some of the images may be inappropriate, but these sites give students the widest number of options. Another way to avoid problematic meme images and templates is to choose one of the sites that allows the upload of students’ own images. Students will need to take photos or find images to use, but avoiding the templates does limit the likelihood of encountering inappropriate content.

Image Macro Memes give students a chance to combine social media and cultural knowledge with visual rhetoric. To be effective, the image and text have to work together to communicate their message. Students typically have experience with the genre. They know what makes a meme successful and what makes one fail, so their prior knowledge make image macros a strong tool for introducing the design and visual composing strategies that build upon their expertise.

Have you used memes in the classroom? Do you have advice to share or examples that you love? Add a comment below to tell me more. I’d love to hear from you.