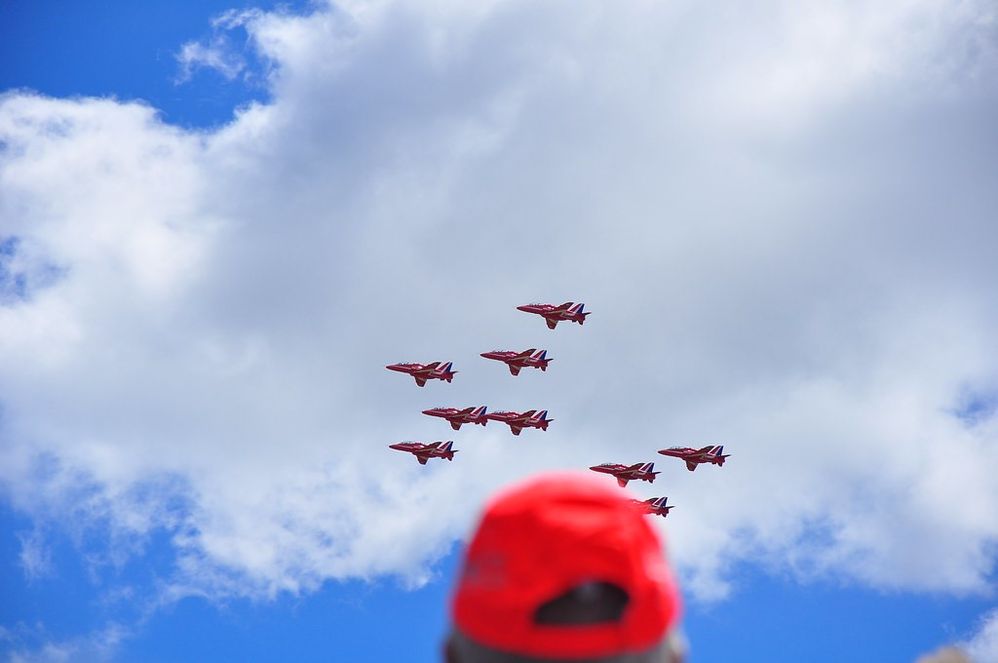 The impish offspring of mischief and malice, comedy and cruelty, the Internet "meme" has emerged as a major player in contemporary political and popular culture. Just take the recent off-year elections in the United States—which were, in effect, a referendum on the presidency and party of Joe Biden—wherein an explosively popular verbal meme may well have played a significant role, especially with regard to the state of Virginia, which appears to have just "gone Brandon."

If you don't know who, or what, “Brandon” is, I didn't either until a few days ago when I finally decided to investigate what all those references in the news to the words "Let's Go Brandon" were about. Discovering that they involved a NASCAR driver and were being gleefully repeated by Republican officials, I assumed that somebody had gone off on some sort of political rant against the Democratic party and was now being celebrated as a hero of the populist right. I was wrong, of course, and if you still don't know what I'm talking about, I'll let NPR explain it for me. Here is the lowdown:

The origins of the meme go back to Oct. 2, when race car driver Brandon Brown won his first NASCAR Xfinity Series race and was being interviewed by NBC reporter Kelli Stavast. In the background, some in the crowd can be heard chanting, "F*** Joe Biden," though Stavast says, "You can hear the chants from the crowd, 'Let's go, Brandon!'" in her broadcast.

The problem was that "Let’s go, Brandon!" wasn't what the fans were chanting at all, so it did not take long for the whole thing to go viral, with many accusing Stavast of deliberately misrepresenting what the crowd was really saying to protect the President. "Fake news!" went the cry, as "Let's Go Brandon" became a rallying cry of the right, and a substitute for, well, you know. So now, in a country that can commodify virtually anything, you can purchase "Let's Go Brandon" ball caps, tee shirts, lawn signs, hoodies, and God knows what else.

Aside from the fact that a lot of people are expressing, with gleeful malice, their partisan dislike for Joe Biden through the almost incantational reproduction of this meme, we can take away from the whole brouhaha a few important cultural-semiotic significations. The first is that satirical humor—long demonstrated by such popular cultural stalwarts as The Daily Show and Saturday Night Live—can be employed with potent partisan effect. Heaven knows how else anti-Trump America got through the MAGA era without SNL's inspired weekly parodies and impersonations. But the second takeaway—as a corollary to the first—is that satire is a two-edged sword and can be wielded by the right as well as by the left—as can be seen in the way that "Let's Go Brandon" became, in effect, an underground campaign slogan in the November elections, with Virginia in particular essentially “going Brandon.”

But the third takeaway may be the most profound. This is the way that the "Let's Go Brandon" episode tells us how, in the age of the internet, nothing goes unnoticed, and that anything can be recontextualized, remixed, and mashed up into something that was never intended. NBC's Kelli Stavast certainly did not intend to become a kind of Republican campaign consultant without portfolio during her rather harmless interview with an excited young NASCAR driver, but that is what she has become, reminding everyone that the slightest slip up can always be magnified into gigantic proportions by the digital megaphone of the World Wide Web, and that the whole world is always, quite literally, watching.

Image Credit: "Red-hatted man watching the Red Arrows" by Ben Sutherland is licensed under CC BY 2.0