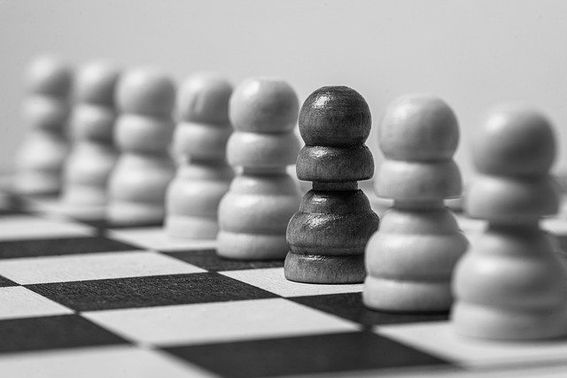 I just finished reading Robert Putnam and Shaylyn Romney Garrett’s The Upswing: How Americans Came Together a Century Ago and How We Can Do It Again (2020). Putnam, a political scientist at Harvard, is probably best known for his best-selling 1995 book Bowling Alone. This new book argues that the United States has oscillated between individualism and mutual concern—referred to as the “I-We-I cycle.”

More specifically, Putnam and Garrett begin by returning to Alexis de Tocqueville’s assessment of the United States as a country where individualism (a word Tocqueville coined, incidentally, to describe this country) was balanced by a concomitant commitment to others, a balance that the Gilded Age ended, with its personal and political and corporate corruption, its selfishness and disregard for workers, and its destruction of the environment (sound familiar?). According to Putnam and Garrett, this period slowly gave way to another swing of the pendulum, culminating in Johnson’s “Great Society,” which was much more committed to recognizing and helping others. Since the late 60s, however, that society has disappeared and in its place has come “declining economic equality, the deterioration of compromise in the public square, a fraying social fabric and a descent into cultural narcissism,” a shift epitomized, not to put too fine a point on it, by Donald Trump and Trumpism.

I’ve just sketched, in very broad terms, the thesis of The Upswing. I think that the book is worth reading, especially for its chapters on race and gender. But as to the overall thesis, I have heard all this before, most notably in Robert Bellah and his co-authors’ 1985 book Habits of the Heart: Individualism and Commitment in American Life. Like Putnam and Garrett, Bellah and his colleagues turn to Tocqueville, who predicted that American individualism could easily lead to what he called “democratic despotism,” in which the public would be duped into following without thinking: "They will rise from their torpor every four years to elect their masters and then sink back into slavery." Thus American individualism

disposes each citizen to isolate himself from the mass of his fellows and withdraw into the circle of family and friends; with this little society formed to his taste, he gladly leaves the greater society to look out after itself.

In short, it will leave Americans unable to protect their own freedom. This is the danger, one that Bellah and his colleagues hope can be avoided through commitment to others, and the second part of their book provides case studies of people who embody that ethos.

I read Putnam’s book—and returned to reread Bellah’s—because I’ve been reflecting on the work that Lisa Ede and I did, beginning in the 80s, on collaboration as a method and a way of life. In two books and a series of articles, we advocated for collaboration in general and collaborative writing in particular as one way to resist the embrace of radical individualism. In countless conference presentations and arguments on our home campuses, we challenged the individualistic basis of higher education and its artifacts (especially the single-authored monograph and the dissertation). We wrote about (and founded) writing centers devoted to collaboration and cooperation, and we incorporated collaborative principles into all our classes. The field of composition and rhetoric as a whole moved from the individualistic focus of the writing process movement to the much more socially-oriented approaches that followed. So writing teachers, too, especially those who have been around for a few decades, have no doubt lived the “I-We-I cycle.”

As Kenneth Burke says frequently (and maddeningly!) in many of his essays, “So where are we now?” As writing teachers, we are at the very least between a rock and a hard place, one that leaves us on our own to find a balance between “I” and “we” and to help students negotiate that balance in their writing and in their own lives. Burke notes two basic human forces at work in all of us: the drive, the desire, the need for identification and consubstantiation with others; and the drive, the desire, the need for separation and division from others. That is, the desire for individualism and the desire for togetherness, for commitment. The “I” and “We.”

Certainly the values of an “I” society seem perfectly embodied in Donald Trump: is this the despot Tocqueville foresaw, one the American people would not only be vulnerable to but would follow blindly, waking from their torpor every four years only to sink back into slavery again, their freedom gone? For someone who has spent a long career advocating for and trying to embody the goals and values of “we,” these are terrifying questions.

Perhaps it’s time to ask students to join us in confronting this dichotomy, to explore it in personal narratives, in quantitative and qualitative research, and in understanding what in our society allows us—and prevents us—from finding and embodying a healthy, life-sustaining balance. Two days after the 2020 election, this goal seems more imperative than ever.