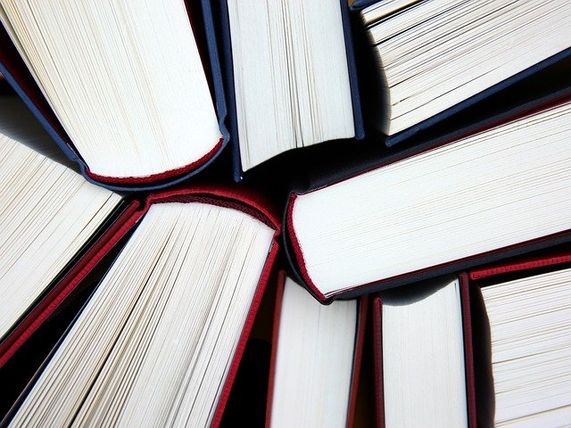 Like many during this pandemic autumn, I have been doing a lot of reading. For some reason, staying close to home over the summer brought me back to classic texts, and I reread The Odyssey and Beowulf, often comparing translations. More recently, I’ve been reading Alexander Pope’s translation of The Iliad alongside Pat Barker’s The Silence of the Girls, the Iliad’s story told from the point of view of Briseis: Meet a new and not so appealing Achilles!

These ancient stories feature men’s violent ways of life and constant struggles for power and supremacy, with winners and very decided losers—often enslaved peoples. So it has been interesting (to say the least) to revisit these stories alongside contemporary works examining the current state of justice in the United States, particularly for African Americans. Ibram X. Kendi’s How to Be an Antiracist, Robin DiAngelo’s White Fragility, Carmen Kynard’s Vernacular Insurrections, April Baker-Bell’s Linguistic Justice, Erec Smith’s A Critique of Anti-Racism in Rhetoric and Composition are all on my desk as I write, along with a manifesto from the 2020 CCCC Special Committee on Composing a CCCC Statement on Anti-Black Racism and Black Linguistic Justice.

These works all have great resonance in a time of extremist groups—including those devoted to white supremacy and inciting violence—of the killing of unarmed African American men and women, and of growing recognition of the depth and effects of systemic racism in this country. Teachers of writing everywhere need to engage this conversation, need to listen like never before, and need to look hard at our practices and policies, and to ask whether the teaching we do helps to liberate, or to oppress.

Like many in my generation, I grew up believing in the liberatory power of literacy. I was inspired by Malcolm X’s story, was enthralled by the power of Martin Luther King’s words, was riveted by the poetry of Audre Lorde and June Jordan. On a personal level, my own pursuit of higher education, of advanced literacies, helped me establish a sense of myself as having some agency in the world. And I wanted to share that with all my students. I advocated for open admissions and carried out research that showed students deemed “basic” succeeding. I was on the floor when CCCC voted to pass and to publish Students’ Right to Their Own Language. I argued ceaselessly for changing attitudes toward language, recognizing that all languages are legitimate and powerful and worthy of study. I wrote my first composition reference text, which was also the first, as far as I know, to put this position on language forward—in this case in a chapter on language diversity and variety.

But this faith in the liberatory potential of literacy needed to be tested, examined, and interrogated, and for me that examination began in earnest in the 1980s, as I was writing that textbook and becoming ever more aware of the inequities inscribed in higher education in general and in departments of English in particular. I had read Geneva Smitherman’s Talkin and Testifyin in 1977, a book that taught me so much (and that made me a devotee of Dr. G from that day to this). Then in the late 80s, her work still gave me faith in the power of literacy, albeit a broadly expanded notion of just what constitutes and counts as literacy.

And then I read Elspeth Stuckey’s The Violence of Literacy. Stuckey, a white woman working in rural South Carolina, mounted a scathing, truly fierce argument describing, in graphic detail, what literacy instruction had done and continued to do to generations of the poor, the disenfranchised, and the non-elite (which reminds me of another book I read recently, Isabel Wilkerson’s magnificent Caste). The violence of literacy. Those words stung; they still sting.

I see Stuckey’s book as an important precursor to the current work on linguistic injustice, and a helpful one because it challenges us to examine the injustices done in the name of literacy to many, many groups in this country. Certainly it has been important to me during the last 30 years as I’ve tried to find ways to combat such injustices in my own classrooms and in the programs and writing centers I’ve worked in. The books I’ve read this summer—and particularly April Baker-Bell’s—have taken me back to the drawing board again, challenging me to look closer, and harder, at my teaching and to ask, yet again, whether that teaching really helps students achieve a sense of linguistic agency and helps them come to voice.

When I look at the central demands of the recent CCCC statement on Black Linguistic Justice, I am challenged yet again. I understand the history of “standardized English” (think here of James Slevin’s extremely powerful book Introducing English, which describes the violence wrought by the language in a new land). I view “standardized English” as AN accepted communicative norm, not THE norm. I agree that we should all be teaching this history of linguistic violence and supremacy—and examining its legacy today. And I am deeply grateful to the scholars whose work I am reading now for helping me understand how I may better live up to and embody these principles.

But I need more help still. I especially need help in figuring out how to put these principles to practice with students of every racial and linguistic background. How, in concrete and practical terms, can I not only teach all students about the violence of literacy and the history of linguistic injustice, but also go beyond that to help them gain linguistic and rhetorical agency—agency that will give them power and give them voice.

This is the question I am still struggling with and the question I hope our field can focus on relentlessly in the coming year. I am thankful for the recent books on linguistic injustice—very, very thankful. And I am thankful that I can read them in the context of work like that of Stuckey and Slevin.

What is the alternative not only to violent white linguistic injustice but to the injustice of literacy itself? Surely one of the most vexing questions we face today.