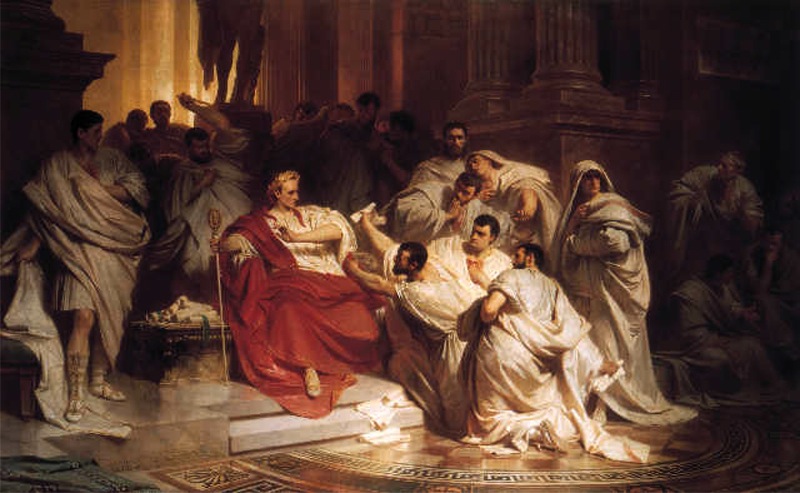 A heated controversy arose recently following the publication of a photo of comedienne Kathy Griffin, who was shown holding a (clearly fake) decapitated head representing President Trump. In a world that has seen hundreds of memes mocking Trump and dozens of Photoshopped images making him look foolish or worse, Griffin's photo was judged to be a step too far by some while defended as legitimate comedy by others. Not all of those attacking Griffin have been the usual Trump supporters.

Even more recently, Delta Airlines and the Bank of America have withdrawn their support from a production of Shakespeare's Julius Caesar that opened last week at New York's Public Theater. It is not the only production of that play that has been performed this year with Trump as a stand-in for Julius Caesar. According to Michael Paulson and Sopan Deb of the New York Times, "Defenders of the production, including some theater critics, describe the Public's 'Julius Caesar' as nuanced, complex and loyal to Shakespeare's text--a cautionary tale about the costs of political violence. But the production is also explicit and graphic, featuring a blond Trump-like Caesar whose bloody stabbing is seen as offensive and inappropriate to some who have seen it." One woman who saw the performance declared, "I don't love President Trump, but he's the president. You can't assassinate him on a stage."

Apparently the line between theater--or visual comedy--and real life is a critical one. Neither Griffin nor the producers of Julius Caesar are considered criminals although Griffin's career has taken a serious blow because of the photo and the play has lost financial support. However, making a threat on the life of the President on social media is considered a crime and can lead to jail time even if the poster was "only joking." Even teenagers who have been warned once have been jailed for posting threats a second time. So a cautionary tale here as well: a joke among friends is one thing but posting a threat, even in jest, on social media crosses the line into criminal behavior.