Long before California Assembly Bill 705 went into effect, making accelerated composition the de facto first-semester composition course in my state, I was privileged to be part of a group of educators and counselors working for Santa Barbara City College’s Express to Success Program (ESP).

Similar to the Accelerated Learning Program (ALP) pioneered by Peter Adams and others at the Community College of Baltimore County, ESP “mainstreamed” a cohort of students who assessed below college-level into our first-semester composition course, English 110. In addition to taking 110, which met twice a week for a total of two hours and forty minutes, students in the cohort also met twice a week in English 89, a 50-minute Pass/No Pass co-requisite. Class size for English 110 was a manageable 24 students, with approximately half the students enrolled in the co-requisite.

Under the leadership of Kathy Molloy, ESP received the 2012 Chancellor’s Award for Best Practices in Student Equity and was chosen as a 2014 “Example of Excelencia” by Excelencia in Education, and was presented with the 2018 California Community Colleges Board of Governors Exemplary Program Award. It was a program with which both students and faculty were proud to be associated. (If I write at times in the past tense about the Express to Success Program, that’s because it was dissolved in May of 2019, a few months before AB705 went into effect.)

I’ll address the thorny issue of co-requisites and funding in a later post, but for the moment, I’d like to offer ESP’s co-requisite as a model for other colleges. What I found most valuable about English 89 was that it provided extra writing practice, built community, was supported by a peer tutor and counselor, combined full-class and individualized instruction, offered just in time remediation, and allowed for curricular collaboration and flexibility.

I’ll discuss the first two of these significant—and replicable—elements of the co-requisite in this post, and address the others next month. In doing so, I will be drawing not only on my own experiences, but also those of my colleagues in what was always a highly collaborative enterprise.

Writing is hard work, even for experienced writers, and growing as a writer requires lots of opportunities to fall flat on your face. Therefore, among the most important benefits of writing in the co-requisite is that students can experiment, take risks, and make mistakes that don’t affect their grades. Meeting twice a week allows for more of this low-stakes writing, and more time for instructors and tutors to talk students through different ways to best approach the assignment they are working on.

Sandra Starkey, my wife and ESP colleague, was always keen to make sure students generated at least some text during the fifty minutes they were in class. “The co-requisite,” she says, “gives students a chance to actually engage in writing. I tell them they’re like journalists: they have a deadline—the end of class—and they’re going to have to turn in a draft of a paragraph for the essay they’re working on. It may not be perfect, but it’s something they’ll be able to take home and work on further.”

As a writer myself, I loved the frenzy of drafting and revision that went on when the co-requisite was humming along. Students looked more closely at their texts than they were used to doing; they argued with one another—sometimes passionately—about the best way to express an idea. At its best, with everyone fully engaged in the complexities of the composition process, English 89 sometimes reminded me of a graduate writing workshop.

Peter Adams and others are right to laud the benefits of the “cohort effect.” When students spend time together in the same small group over the course of a semester, they can’t help but come to cheer each other on. Bonny Bryan, now SBCC’s director of composition, found that what she most appreciated about English 89 “was the quick sense of community that emerged. Given its size and the fact that it was located in a computer lab, students quickly moved between working as a group of twelve to collaborating as triads and pairs.”

The small size of a co-requisite makes faculty members more accessible—and less threatening—to students, and provides instructors with opportunities to get to know their students as three-dimensional human beings. Jennifer Baxton, who took over coordinating English courses in ESP’s final semester, valued the way “the co-requisite workshop served as a way to further strengthen the connection between faculty and students, as well as students with their peers. As a group, the [co-req students] were invested in their success, working together toward the refinement of the skills taught in the composition class.”

Indeed, Kathy Molloy notes that the co-requisite students were often so enthusiastic about “the advantages of the support class…many of the students who weren’t assigned to the co-req asked to come as well—they clearly saw how helpful the extra support could be.”

Appropriately, it’s that growing sense of dedication to the act of writing that seems to create a sense of community. Enthusiasm is contagious, and with everyone in the room working towards a common goal, students begin sharing with one another their too-often untapped wisdom and kindness.

[More details on a successful model for the accelerated composition co-requisite are forthcoming in David Starkey’s next post.] 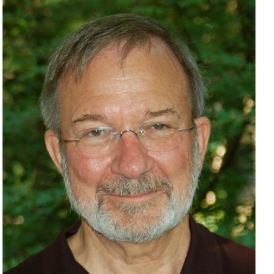 Nice to hear about your robust co-req model, David. As I remember, back in the 90s when we were still referring to these models as "mainstreaming," Santa Barbara was one of the first schools in the country to get one up and running.