Do You Teach Note-taking? 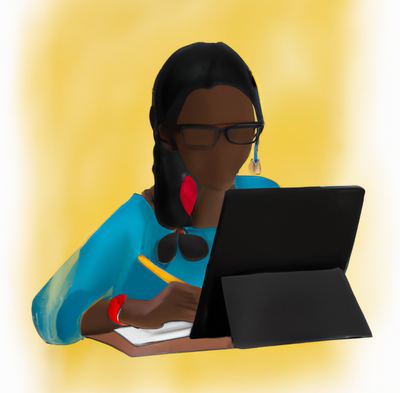 I wrote last week about Jillian Hess’s new book on Romantic and Victorian authors’ use of commonplace books and about how they organized information in them. Reading that book got me thinking about note-taking in general, about my own process of taking notes, and about whether and how to engage students in productive note-taking.

I don’t remember being a serious note-taker until my college years, when I had some (particularly English and history) classes that alerted me to the fact that I had no clue about who did what when (not to mention why) in Western history. I knew a lot of facts but if asked to place them in historical context, I couldn’t really do it. I remember being especially irritated that I couldn’t connect what little I knew about classical music with what was happening in art or literature or history at the same time. I got so irritated that I embarked on what I now think of as my “great timeline” project. I got a long roll of paper and started at one end with what I knew then (or thought I knew) about as early Western literature: the Iliad and the Odyssey. I located them in time and the below them tried to fill in other information about their periods. And I went from there –from ancient Greece and Rome and the Roman Empire, marching through the “Dark Ages” and the Renaissance and right up to the 20th century. This was in the early sixties—no internet available, and I had only a manual portable typewriter—so I spent hours and hours in the library reference section, just searching for basic information. What I ended up with seems lame in retrospect—almost all white, almost all male, almost all Western European, not even all that much American. I think I somehow knew about the Bhagavad Gita, but my knowledge of other cultural traditions was, well, pathetic.

Still, I’d give a lot to see this old “great timeline” again, if only because it represented my attempt to teach myself something, to learn to make connections, to synthesize information, and to do what I now think was a nascent kind of rhetorical thinking—that is, seeing events and texts always in context, always in conversation with other events and texts. And because it made me an inveterate note-taker. I’d start each term with a notebook for each class, later making marginal notes in a kind of meta-commentary that helped me prepare for exams and papers. And grad school was just one long session of note-taking! During the year that I spent preparing for qualifying exams, I filled two loose-leaf spiral notebooks to bulging capacity, with sections for works read, for “connections,” and for “dissertation material.” And I kept these two fraying and fading notebooks for fifty years!

So, note-taking has been beneficial to me, and it’s a habit I continue still, though I use digital folders now for a lot of these notes. And I have encouraged my students to experiment with note-taking (and to explore with their relatives, especially grandparents and great-grandparents, who might have kept commonplace books or other forms or notes). Of course, students today have tools I could not even have imagined (the Xerox machine wasn’t even invented until l was well into college). One of my students carefully explained to me how he uses Twitter to take and share notes on things he wants to remember from his classes, saying that doing so helps him retain information—and connects him to friends, too. In my graphic narrative classes, I met students who kept visual notes, filling notebooks or computer files with drawings and sketches that served partially as mnemonic devices for them. And in another class, a group of students began using hashtags to organize and share information, reminding me that Lou Maraj deems “hashtagging” a form of commonplacing in his recent book, Black or Right.

The times seem ripe, then, for a renewed look at note-taking, for asking students to describe and to share their own practices—perhaps even to mount a class research project on contemporary forms of note-taking. In the meantime, I think your students might enjoy seeing one terrific note-taker, Professor Amanda Watson, at work in an interview with Professor Jillian Hess.