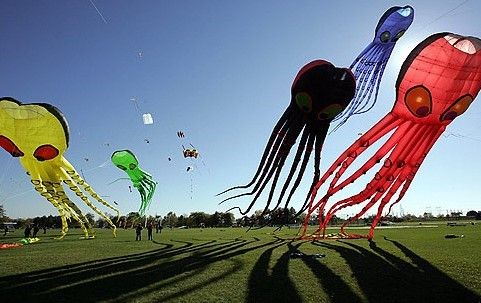 Many years ago, I had an occasion to play a video cassette of Roman Polanski's “Macbeth” to two different sections of a class I was teaching at the time. Created not long after his wife's gruesome death in one of history's most notorious murders, Polanski's version of Shakespeare's tragedy laid on the violence with an especially heavy hand, and so, as the film approached the moment in Act IV, Scene 2 when Macduff's family is butchered by Macbeth's thugs, I warned my classes of what was to come, suggesting that they duck their heads and not watch. I know that is what I did, but each time, after I sensed that the coast (so to speak) was clear and looked up again, my students, who had seen the thing through, asked me when the violence was going to start. Alas, the students who had grown up with "The Texas Chainsaw Massacre" and the "Halloween" franchise saw nothing particularly gruesome in Polanski's gut-wrenching projection of Sharon Tate's death onto the big screen.

All of which takes me to "Squid Game," the Netflix smash hit whose violence a friend of mine (who is an enduring fan of "The Sopranos") can't tolerate and won't watch. A stomach-turning exposé of the plight of a group of South Koreans who have been turning to loan sharks in a desperate attempt to remain financially above water in an era of economic insecurity, "Squid Game" has quite understandably attracted a lot of critical attention in a short time. A tidy summary of said attention can be found in a recent blog by Steve Mintz in Inside Higher Education, where he reports how for some critics the series reflects a "cultural obsession, evident in the 'The Hunger Games,' 'Battle Royale,' Stephen King’s 'Running Man,' and 'Survivor,' with fierce, deadly, gamelike reality competitions," while for others it expresses "[p]ervasive public fears about 'a twisted, high-tech near-future where humanity's greatest innovations and darkest instincts collide.’" The show also exemplifies "[c]ontemporary social and economic anxieties about costly housing; interminable, unsustainable personal debt; and the deepening class divide," along with a "growing international appetite for South Korean cultural exports like the Oscar-winning 2020 film 'Parasite' and the catchy, addictive melodies and slick choreography of K-pop," which could be further explanations for the remarkable popularity of the program, Mintz observes.

These are all very good explanations, and rather than challenge or quibble with any of them, I'd prefer to expand upon the possibilities, beginning with the simple observation that, like my students watching Polanski's “Macbeth,” contemporary audiences have become so inured to screen violence that they demand an ever-increasing dose of blood and gore in order to be entertained, and "Squid Game" fills the bill for them. The recent box office success of “Halloween Kills” can be offered as evidence in support of this explanation.

But there are deeper, and more interesting, possibilities that depend upon how the story arc of the series develops in the upcoming season (or seasons). If it turns out in the end, for instance, that Gi-hun (the protagonist of season one) or some other character succeeds in overthrowing the society that made the Squid Game competition possible, then the series would closely resemble "The Hunger Games," which concludes with a successful revolution. It is not at all unlikely that a lot of "Squid Game" fans hope for just that, and it is equally possible that Netflix made that a condition for the continuation of the series. After all, by dangling the hope of an eventual triumph of the oppressed before "Squid Game"'s most devoted viewers, Netflix could continue this highly profitable series indefinitely. Thus, should "Squid Game" indeed turn out to be a Korean "Hunger Games," its popularity would express the hopes of its fans for a better future, of an escape from the economic inequality that afflicts them.

On the other hand, it is also possible that "Squid Game" could go the way of "The Walking Dead" (all hopeless violence, with no end in sight) or "Survivor" (winner-take-all is where it's at, baby). Should either of these paths prove to be the one taken by "Squid Game," the popularity of the series could be taken as a sign of a society so alienated and discordant that fantasies of endless violence ("The Walking Dead" story arc) or simulacra of cut-throat capitalist competition (the "Survivor" formula) are simply entertaining in themselves.

No matter which way "Squid Game" eventually concludes, however, there is a deeper semiotic significance here that applies not only to this show but to any popular cultural artifact that profits by the exploitation of social discontentment with the status quo. This significance lies in the fact that "Squid Game" is enriching precisely the class of people that it purports to condemn: the ultra-rich—especially those who belong to the new oligarchy created in the wake of what I will call "digital capitalism." In this sense, the popularity of "Squid Game" (as opposed to its creator's artistic intentions) most reflects the kind of world that George Orwell's 1984—that dystopia of all dystopias—warns against. Which is to say that once humanity gets trapped in a self-perpetuating tyranny, there is no way out. So, it doesn't matter how the series eventually concludes, because in reality, "Squid Game" doesn't change the world it condemns: it nourishes and perpetuates it.

Image Credit: "Squid Kite" by aghrivaine is licensed under CC BY 2.0