'Diana' Rocks...or Not: What Streaming Signifies for Broadway 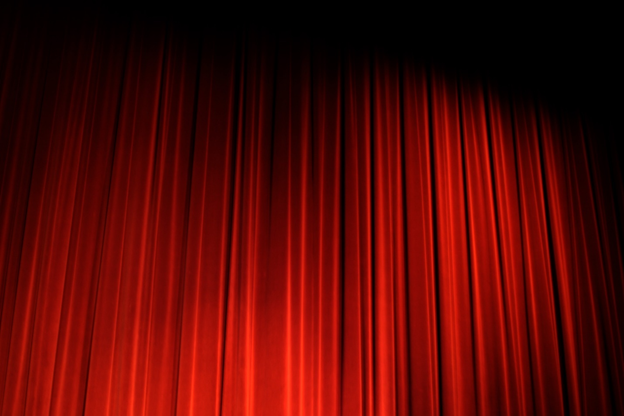 In my last blog I analyzed the cultural significance of the “The Crown,” this year's toast of the Emmy Awards and a major signifier of America's continuing fascination with upper-class life. So when I read L.A. Times theater critic Charles McNulty's evisceration of the Netflix soon-to-premiere-on-Broadway musical "Diana," I decided that this would be a good opportunity to explore a different angle of the topic. So, as I am prone to say at the start of many of my semiotic analyses on this blog, here goes.

To begin with, any critical review that begins by calling its subject "a crassly commercial noise machine," is clearly not going to be a piece of puffery. In fact, McNulty simply loathes the thing, cutting it off at the knees with such pronouncements as "There were lyrics so deranged I felt compelled to jot them down, almost like a psychiatrist keeping a log of a patient’s more unhinged utterances," and "'Diana' clarified for me why some people not only hate musicals but also loathe those who unabashedly do." When reading such jabs one can't help but think, "C'mon Charles, don't hold back, tell us what you really think."

I confess to a certain fondness for such directness, but there is a deeper cultural significance to McNulty's takedown of which the critic himself is completely aware, remarking how "During the long pandemic pause, Broadway has been forced to confront not only its dismal record on race but also its checkered history on the rights and dignity of its workers. Cluttering the space with commercial mediocrity sadly suggests a return to business as usual. For this reason, 'Diana' isn’t just bad but dangerous."

Such critical passion raises the more dispassionate question: "What do we expect from musicals, anyway? Are they art or mere entertainment?" And this is the question I wish to explore in the rest of this blog.

For the musical is a genre which, from its origins in the "light" operas of Gilbert and Sullivan, occupies a liminal space between "popular" culture and "elite" culture, "low" culture and "high," commercial entertainment and art. "Higher" than the proletarian "music hall" and "lower" than, say, the royal opera, Gilbert and Sullivan's operettas defied easy cultural classification, as does the tradition that they inspired. Even the music defies easy classification, with modern composers from Andrew Lloyd Webber to Lin-Manuel Miranda digging deep into contemporary pop music as they cross over from Broadway to Billboard, and back again.

McNulty's pronouncement that "Artistically, 'Diana' is soulless. The raison d'être seems to be to make money," reveals what is at stake for proponents of a Broadway tradition that, in their view, should aim high rather than low—a pop cultural standard that has been embraced ever since the Beatles and Bob Dylan raised expectations for rock music as well. So it isn't the fact that "Diana"'s score is rock-oriented that bothers McNulty (it was composed by Bon Jovi's David Bryan); the problem is that it is "composed in the cheesiest Broadway rock."

But the medium, as they say, is the message, and Netflix—a wholly commercial enterprise—is a medium that isn't designed to aim high. Its purpose is to cash in. So what we are seeing here is a repetition of what happened in the very early days of television itself, when hopes that the new medium would bring high culture into the homes of the masses collapsed into a lament that TV had instead devolved into what FCC Chair Newton Minnow famously called a "vast wasteland" in 1961.

So as traditional TV comes to be overtaken by the new media, the message remains the same: cultural production within a system of corporate capitalism is guided by the imperatives of the profit motive, not the nebulous and shifting values of "high" art. The result, as I have noted so many times, is the creation of an "entertainment culture" that has transformed cultural capital into just plain capital.