Cincinnati is on my mind as I write this post. In the spring of 2007, I tutored elementary school students in Cincinnati’s Mount Auburn neighborhood, the same neighborhood where, after a traffic stop, Sam Dubose was shot in the head at point blank range and killed by a University of Cincinnati police officer on Sunday July 19, 2015.

The first day of tutoring, I was greeted in Mount Auburn by a laminated sign that announced this neighborhood school as a “failing school,” using the terminology from the No Child Left Behind Act. The sign was displayed prominently at the entrance to the school. The school was nearly 100% Black, and I was the nice white lady who had come to tutor the children for Ohio’s state exams in reading and writing.

Later that spring, I entered the school only to discover that the students were working on benchmark practice exams. I was taken to the cafeteria to help supervise children who had arrived late to school and, according to the rules, were not allowed to take the practice exams. A casual observer of that cafeteria scene might have described the students as rowdy and resistant. Yet that picture remains incomplete. The children were not sitting in their usual classrooms and they were not following their usual schedules. When I spoke with the children one-on-one, they shared their anger, their fears, and their passions. In other words, the children and I shared with each other our common humanity.

On that spring day in Mount Auburn, I learned what happens when we begin with stereotypes and work through the resulting cognitive dissonance. I also learned the importance of approaching our practice by “[developing] flexible strategies,” and moving forward with an open heart. In preparing for the new term later this month, the children of Mount Auburn remind me of the positive potentials of transformation—not only for our students, but also for our classrooms and ourselves.

Below, you’ll find three lists to help prepare for the fall semester’s first new writing project. As detailed in my last post, the first project focuses on “forming and transforming stereotypes” and is based on a TED Talk by Chimamanda Ngozi Adichie. The first list is a set of criteria that presents several course goals that students will undertake for the Writing Project 1. The course goals are taken from the Framework for Success in Post-Secondary Writing. The second list focuses on course actions toward completing the assignment, using Bloom’s Taxonomy. The third list offers foundational assumptions behind course goals and actions. 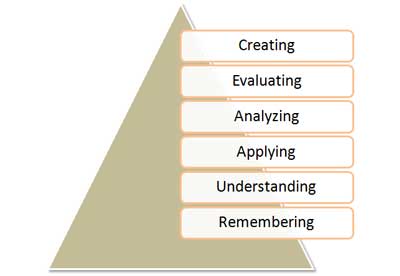