Controversy, as Usual, at the Olympics 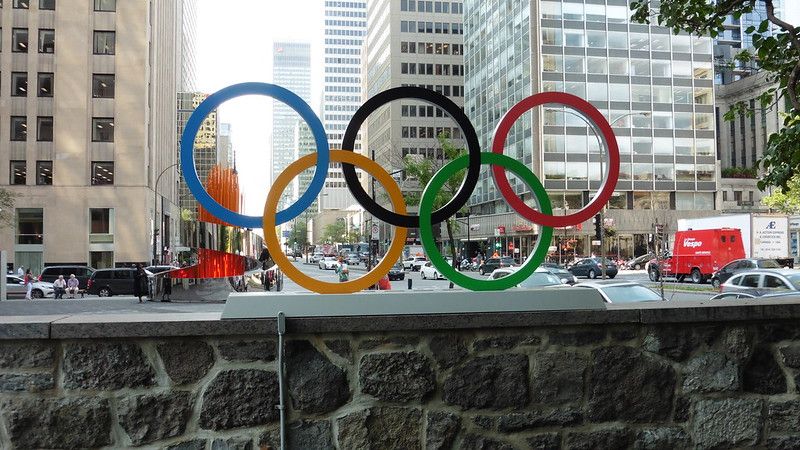 The Beijing Olympics has, of course, been in the headlines for much of February. With an event so large, there are inevitably many controversies to consider as examples of argumentation. Many claims about the Olympics will take the form of claims of value about individual athletes or teams because as we watch them, we are making value judgments just as surely as the judges are although theirs are judgments based on years of experience and training. When politics enters in, we move largely into the realm of claims of policy.

After the 2014 Sochi Olympics, Russia was technically banned from competing in the next three Olympics because of doping. Russian athletes are still allowed to compete, however, under the “Russian Olympic Committee” instead of competing for their country. That in itself, of course, is controversial. It seems to be a distinction without a difference. Then the world of Olympic figure skating was rocked by the revelation that one of the skaters who led the ROC to team gold had tested positive for a banned substance: trimetazidine, a drug used primarily for heart patients but one that increases blood flow and stamina and thus can enhance athletic performance. The name of the athlete should not have been released because she is a minor, but the fact that there was only one minor on the gold-medal team made it obvious that the guilty party was Kamila Valieva, favored to win the women’s individual gold as well. One reason for her high scores is her ability to complete the quadruple jump--the first woman to ever land one in Olympic competition--and she landed two!

The logical conclusion that many drew was that Valieva should be suspended and that her team should not receive the team gold. In fact, the medal ceremony for the team competition was suddenly scrapped when the drug test results were revealed. To complicate matters, though, the drug test was administered on December 25th, and the results were not reported until February 8th. Negative drug tests indicated that Valieva did not have trimetazidine in her system at the Olympics, but she did when she qualified. Technically she is classified as a “protected person” because of her age, and many, including former winners of Olympic figure skating medals, like Katarina Witt, blame Valieva’s coaches, not Valieva herself. Witt claims, “What they knowingly did to her, if true, cannot be surpassed in inhumanity.”

What seemed like a fairly clear case that Valieva should be suspended from competition is thus complicated by the time lag since the positive test and her age—complicated enough, in fact, that the Court of Arbitration for Sport made the decision not to suspend her, stating that to do so would cause Valieva “irreparable harm.” Juliet Macur and Andrew Keh of the New York Times report, “The panel ruled on a narrow question: Did Russia act improperly when it lifted a suspension of Valieva last week only one day after imposing it? That decision effectively cleared the path for Valieva to compete in the singles event, but three organizations—the International Olympic Committee, the World Anti-Doping Agency, and skating’s global governing body—immediately challenged it in appeals to the Court of Arbitration for Sport, the highest legal authority in global sports.” The court of public opinion may not be as forgiving. And the gold-medal podium may be a very lonely place for a fifteen-year-old.