Collaboration as a Subversive Activity 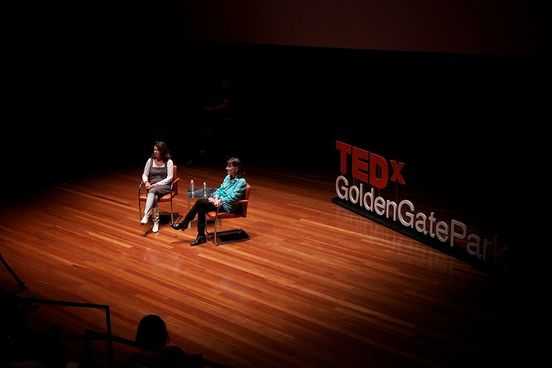 In a recent conversation with Kendra Bryant, a professor at North Carolina A&T State University and an amazing scholar and teacher, she reminded me of an essay Lisa Ede and I wrote long ago, one of many pieces that advocated for collaboration in general and collaborative writing in particular. When Lisa and I first began writing together, our colleagues in the humanities considered this practice bizarre at best and absolutely wrongheaded and certainly detrimental to our careers (or “impossible” as one person said) at worst. These negative reactions only made us more determined to write together and, in addition, to do the research to demonstrate that most of the writing that goes on in the world is done collaboratively—even “creative” writing, since our definition of collaboration is broad and expansive.

So in one of our essays, we described this practice as “subversive.” Subversive, that is, of the paradigm of the single, solitary, totally autonomous, and almost always white, male author, of course, but also of the whole intellectual regime that went along with that paradigm. We understood the irony of subverting this paradigm just at a moment when women, and especially women of color, were seizing power associated with this stance. But we wanted to subvert it any way, making room for other models of composing that could have just as much power and influence, not to mention integrity.

I’ve thought a lot about the twenty or more years that Lisa and I worked on this project together since her untimely death on September 29 of last year, of our failures as well as some successes and especially of the great fun we had pursuing this goal. For decades, we collected examples of collaboration in every field imaginable, filling such a big box of materials that we had to invent “intertexts” in our book on collaboration just to include some of them.

And so Lisa and collaboration were much on my mind last week when I heard a terrific interview with Davia Nelson and Nikki Silva—the Kitchen Sisters. I have long been a fan of their deeply collaborative work, especially Hidden Kitchens, The Hidden World of Girls, and most recently, their The Kitchen Sisters Present, a Radiotopia podcast. I agree with Ira Glass, who says Nelson and Silva have “some of the best radio stories ever broadcast.”

But what interests me most about their work is its collaborative nature. Once when they were visiting the Hume Center for Writing and Speaking at Stanford, they spoke about this aspect of their work, emphasizing not only their own collaboration with each other but also their collaboration with the astonishing array of people they have interviewed. In this regard, they pointed out that they keep their own voices out of their programs as much as possible, leaving the floor and the microphone to those they are featuring. They said sometimes they have had to work for months or even years to come up with programs which focus never on them but always on the person or people being interviewed, the true stars of the show.

Nelson and Silva are amazing storytellers—of other people’s stories, in the other people’s own words. But they are also very serious and talented archivists, who for four decades have kept meticulous records of all their work, including the ephemera that surrounds and enriches it. To my delight, this archive is going to be housed in the Library of Congress—all 7,000 hours of audio, photos, handwritten journals, podcasts, and story books. Talk about a resource for student writers and speakers!

This archive will provide a treasure trove of stories: Have you ever wondered about how George Foreman came up with the idea for his grill? Ever heard of the Pack Horse Librarians, who carried knapsacks full of books on horseback (or muleback) into the most inaccessible areas of rural Kentucky—thanks to the inspiration of Eleanor Roosevelt? Did you know about the “Homobiles,” a 24/7 all-volunteer queer car service Lynnee Breedlove thought up to provide safe rides for the LGBTQ+ community in San Francisco? Well, students can learn all about these and so many other profoundly intriguing and hopeful stories.

But they can also learn about, and study, the deeply layered collaborations that are going on in and around these stories that come to us from the rich soundscape of radio. Davia Nelson captures the sense of collaboration in her description of the Kitchen Sisters’ work:

Archival artifacts merging with stories from people whose voices don’t often make the airwaves merging with music. Ricky Leacock, D.A. Pennebaker, The Maysles all have a place in the inspirational pantheon. . . . Sounds stacked and stretched, individual stories building into a bigger story, human stories so minute, so detailed and particular, that when layered they become the universal story.

Studying the work of the Kitchen Sisters reveals the subversive nature of their collaboration, still going strong after almost half a century. And now their archives are protected, and will be available to inspire others to collaborate in equally significant ways. I’ll be listening in, and I hope you and your students will too.