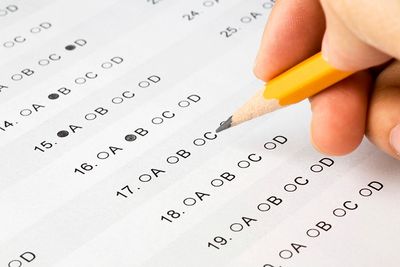 Some instructors like to have students debate a controversial issue while others feel that having students defend a position that they do not hold, even as a learning exercise, is too artificial. It is always good, though, for students to see different points of view in order for them to understand a subject fully. You can defend best against a position that you take the time to understand.

One subject that you can ask students to examine, which is also close to their own recent experience, is whether the SAT should be dropped as a college admission requirement. The COVID pandemic forced colleges to take a closer look at the necessity of standardized test scores for admission. According to the College Board, “Some 1.5 million students in the high school class of 2021 took the SAT at least once, down from 2.2 million in the class of 2020 due to the pandemic.” Now more than 800 colleges and universities have chosen to no longer require the SAT or the ACT. Current college students may be among the first to enter college without having to meet a standardized test requirement and may have a strong opinion on the subject.

If you ask students to brainstorm the pros and cons of dropping the standardized test requirement, perhaps writing them on the board as an initial list of ideas to work with, you will probably hear a number of reasons students are glad the tests are on the way out:

You might want to push students beyond their own personal experience to think about what they may have read or heard about other limitations of standardized testing. They may then bring up, or you can, complaints that standardized tests are biased against certain groups. There is a wide array of good articles that address gender, racial, and economic bias in college admissions tests. One of the best, by Kim Elsesser, appeared in Forbes in 2019. Some schools thought to avoid the problem of bias by making submitting test scores optional, but a judge in California decided that there was still inherent bias in that option.

Is there, then, another side to the issue? Is there a reasonable defense for standardized testing? You might ask students why they think the tests were initiated in the first place. This may draw out their thoughts on the purpose of the SAT and ACT. There has never been an easy way to evaluate the grades of students who come from vastly different high schools with vastly different budgets and vastly different student bodies. Are A’s from an elite prep school equivalent to A’s from a small rural school? Maybe, but grade inflation in secondary schools has made it very difficult to predict college success based on grades alone. Colleges also now have a long history of studying the connection between standardized tests score and success in college.

If students go on to write about the issue, they can easily research any and all of these pros and cons. Even if they go no further than brainstorming the subject, they will see beyond their own personal perspective to see some of the complexities of the issue.