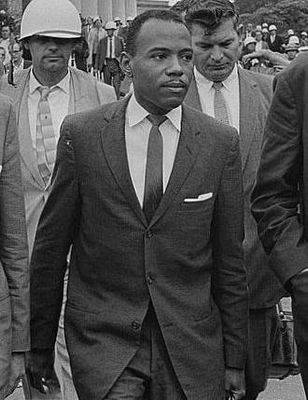 This year, the students in my first-year writing classes and I opened our all-Zoom semester with an excerpt from the Paris Review’s 1984 interview with James Baldwin. In this interview, Baldwin suggests that, “When you’re writing, you’re trying to find out something which you don’t know. The whole language of writing for me is finding out what you don’t want to know, what you don’t want to find out. But something forces you to anyway.”

Students at first were puzzled by Baldwin’s approach to writing. How could you begin to write if you did not know and did not want to find out?  What, besides a pending assignment due date, could force anyone to write?

As we worked our way from the interview through Baldwin’s lecture, “The Artist’s Struggle for Integrity,” we focused on themes addressed by students in face-to-face classes in previous years, such as “the conditions of human suffering, and the audience of the artist’s responsibility to pay attention to and to alleviate human suffering.” But this year, we are convening on Zoom in the midst of a pandemic and ongoing demonstrations for ending police violence against Black Lives. How can we make sense of our current contexts for writing, teaching, and learning?

Baldwin’s writing contexts remained unwavering. In Baldwin’s time and in our own, “finding out what you don’t want to know” means confronting white supremacist violence. As  April Baker-Bell, Tamara Butler, and Lamar Johnson state in “The Pain and the Wounds: A Call for Critical Race English Education in the Wake of Racial Violence,” that context is “Young Black and Brown lives lost within the streets, buildings, communities, and country they called home.” “Finding out” also means centering Blackness, as April Baker-Bell, Bonnie J. Williams-Farrier, Davena Jackson, Lamar Johnson, Carmen Kynard, Teaira McMurty affirm in “This Ain’t Another Statement: This is a DEMAND for Black Linguistic Justice”: We encourage, utilize, and elevate the beauty and brilliance in Blackness and Black Language.

For our first writing assignment, I asked students to discuss the relevance of “The Artist’s Struggle for Integrity,” for our own time, an assignment I often used in face-to-face classrooms. As a white woman teaching inside a Zoom box from an apartment in Queens, NY,  my ongoing concern for teaching Black lives and Black writing is to create a sense of history as well as a sense of urgency.

These concerns are not unique to 2020. The new wrinkle is that I will never see the faces or hear the voices of far too many students. Without faces and voices, without the ability to build on what Baldwin calls the  “give-and-take” of the people in the room, it is difficult to know what to build on and what does or does not need repetition. I reflected on this problem, even as I watched the yeses pile up in the chat box in response to my frequent question, “Does this make sense?”

The solutions I have arrived at so far are partial and still in process. To convey a sense of history for Baldwin’s lecture, we focused on James Meredith’s struggle to enroll at the University of Mississippi in 1962. The white power structure, students and state government alike, resisted Meredith’s enrollment as the first Black student at the University. At every turn, the white power structure confronted Meredith with demonstrations and insurrections. Two people died, and the violence stopped and Meredith began classes only after President Kennedy called in the US military. Baldwin references this catastrophe in his lecture, and  documentary footage is available in the video  "Fighting Back (1957–1962)," from the Civil Rights Movement series, Eyes on the Prize.

We discussed the video on Zoom, in chat and with our voices. This aspect of Civil Rights Movement history was new to almost all of the students, and they were amazed to learn that I was alive in 1962, four years old, not yet in Kindergarten, and living in a redlined suburb in the midwest. After class, students wrote in their online journals, collecting their thoughts on the relevance of Baldwin and Meredith’s Civil Rights work for 2020.

Using online affordances is not new, but adapting these affordances for Zoom is certainly an adjustment. Our collective struggle to write, teach, and learn is inseparable from the history of this pandemic. Grounded in history and struggle, Baldwin’s contexts for writing become more concrete. The need to center Black lives, in Baldwin’s lifetime and in ours, has never lost its urgency.