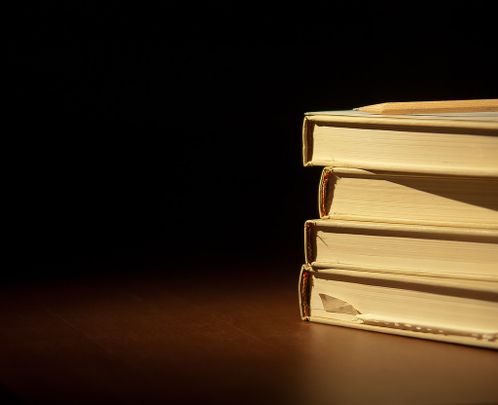 For me, Black History Month begins in January with my annual celebration of Martin Luther King Jr.’s birthday, when I always re-read several of his works (this year, I revisited “Letter from Birmingham Jail” and, as always, learned something new), join in the national day of service, and then spend some time deciding what special book I will read for Black History Month. For me, this year, that book is Louis M. Maraj’s Black or Right: Anti/Racist Campus Rhetorics (Utah State UP, 2020).

I have known of Maraj’s work since he was a graduate student at Ohio State and have followed his career as he and colleague Khirsten Echols founded, nurtured, and led DBLAC, an organization dedicated to the support of Black graduate students and whose mission is to provide “spaces for members to testify to, discuss with, and share support for each other in response to the continued marginalization of Black bodies in academia. DBLAC also acts as a learning community for professional development, networking, and resource-pooling aimed at the academic retention and success of its members.” Their virtual writing groups, on-site writing retreats, and reading series have drawn a large and productive membership; check their website for more information about how to join and learn from their work. You will also find them presenting at most major rhetoric and composition conferences.

So I was especially interested to hear of Maraj’s forthcoming book and pre-ordered my copy, waited impatiently for it to arrive, and then finally settled down to read. I was drawn in immediately by Maraj’s voice and by the personal narratives that punctuate the volume: you will want to read the book for yourself to fully see what I mean. And then I was doubly drawn in by Maraj’s commitment to the principles of Black feminist mothers and foremothers’ philosophy of literacy as the practice of freedom and his focus throughout on how Black relational feminist methodologies and ecologies work to establish Black rhetorical agency as one means of disrupting (what he calls “mashin’ up de place,” p. xiii) in order to counter white (institutional and individual) defensiveness—and a whole lot more.

Maraj’s book mixes and bends genres, languages, disciplines, and methods to participate in what Christina Sharpe calls “wake work” in In the Wake: On Blackness and Being (2016)—undisciplined, disruptive, fracturing, paradoxical resistances that rupture the “immanence and imminence” of Black death both aesthetically and materially “to move toward Black rhetorical agency” (8). Black or Right embodies Maraj’s personal journey to such agency, opening with the “story of arrival” from his home in Trinidad to the “American dream” at a small northeastern liberal arts college, where he learns that a joint newspaper assignment seems to require a white male to accompany his white female partner and him (“It’s strange. Is this what Americans call a ‘date’?”) to cover the story—and that his freshman English teacher would not recognize, much less value, “the lavish prose I was brought up on in the British Caribbean education system. . . Americans want a thesis” (4). Maraj quickly moves to provide a thesis as well as the other accoutrements of white academic discourse—but as this book so richly demonstrates, he learned not just to resist but to unlearn such structures as he “grapples with notions of Blackness in white institutional spaces to theorize how Black identity operates with/against neoliberal ideas of difference” (9) and as he leads the way to proactive antiracist practices.

And it’s these antiracist practices that he focuses on in most of the rest of the book: first, taking an autoethnographical approach to research and teaching, defined as “an application of African indigenous methodological ‘self-knowledge.’” A second Black-centering rhetorical practice/strategy he explores is hashtagging, which he argues offer a space for Black students to practice resistance at primarily white institutions while at the same time reshaping what we think of as writing and reading—and even thinking. This discussion concludes with a thorough description of Maraj’s “Tumblr as Commonplace Book” assignment—brilliantly illustrated—as well as a provocative discussion of #blacklivesmatter and #BlackLivesStillMatter, highlighting the dialogic potential of hashtagging, which draws on the historical importance of African-based oral, dialogic traditions.

A third potentially anti-racist strategy appears in what Maraj calls inter(con)textual reading, a practice he illustrates with an analysis of the dense web of associations among three particular literacy events: Alicia Garza’s 2014 “A Herstory of the #BlackLivesMatter Movement,” rapper Kendrick Lamar’s 2016 performance of “Alright,” and a Black Lives Matter Syllabus created by NYU’s Frank Leon Roberts in 2016. This inter(con)textual reading of these literacy events

helps us to not only see connections but also gaps, offering possibilities for meaning to create, fill, and exceed them, or compelling us to seek other texts, subjects, or rhetorical bodies as related foci for analysis. In these ways, Black inter(con)textualality reads/writes Blackness dynamically. (99-100)

Black inter(con)textual reading provides a method for carrying out a fourth anti-racist rhetorical practice—reclamation, defined as the act of “turning stigmatizing racialized attention mapped onto Black identities back onto the gaze of historically white institutions to publicly question/critique their power in moment of fracture.” Such reclamations illuminate Black agency at work in white spaces to counter white defensiveness. Maraj demonstrates such reclamations in an analysis of three other literacy events that took place on the campus of “Midwestern State U,’ an analysis that is at once deeply depressing in its revelations of institutional racism and uplifting in its presentation of Black student agency at work.

There is so much more I could say about this book: in it, Maraj brilliantly talks the talk and walks the walk of anti-racist practices informed by Black feminist theory, methods, and principles. But what makes this book so exciting to me during this Black History Month is its stellar contributions to Black rhetoric. Building on the work of Jackie Royster, Shirley Logan, Geneva Smitherman, Carmen Kynard, Keith Gilyard, Adam Banks, John Rickford, Vershawn Young, and other griot/scholars, Maraj’s book brought me closer than ever to perceiving and understanding the contours of a complete and robust Black rhetoric, one that is thoroughly theorized as well as practiced.

In short, my Black History Month book has kept me riveted: I have learned so much from reading and engaging with this text and have gotten so many ideas for how I could use the strategies he recommends in my own writing classrooms. Along the way, I’ve tried hard to read this book rhetorically, inter(con)textually whenever possible, and to not just hear what Maraj is saying but to listen to his rich voices and the voices of all the Black feminists who echo through these pages—and to listen to their messages with purposeful, striving intention. For an old(er!) white woman, it has not been easy to listen in this way, and I know I have failed on many occasions. But oh has it been worth the effort. May February be Black History Month—and may 2021 be Black Rhetoric Year!

Image Credit: "Books" by shutterhacks, used under a CC BY 2.0 license