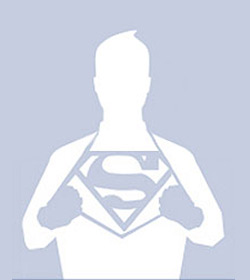 Now that superhero season is upon us again, it's worth a moment to consider the cultural significance of what might be called (if I may borrow a term from Marxist cultural theory) the mode of production of the phenomenon.  You are almost certainly aware, for example, that while Superman, the first of the superheroes, was the creation of a couple of high school boys, he is now owned by the Disney Corporation, along with Batman, Superman's first commercial clone. Iron Man, along with Captain America and the rest of the Avengers crew, for their part, are owned by Time Warner. In other words, all of these characters have long ceased to be grounded in a creative enterprise analogous  to that of the novelist or the short story writer; they are brands, pure commodities, cranked out like any other consumer product—and that calls for some semiotic interrogation.

The most famous semiotic analysis of Superman is unquestionably the late Umberto Eco's "The Myth of Superman."  In that essay, Eco compares the character of Superman to the characters in conventional novels, noting how novelistic characters are "used up," so to speak, by their stories, while "mythic" characters, like Superman and Hercules, aren't.  That is, if, say, Dickens had written a sequel to Great Expectations, it would have to begin with a mid-fortyish Pip, who had reached that age at the end of the novel in which he initially appeared, and go on from there.  Mythic stories, on the other hand, don't work that way: every new tale about the hero can take him (or her) at the same age as the last time around, unaffected by any prior experience, or even by time.

The era of the branded superhero takes Eco's analysis to a whole new level, however.  Now a commodity rather than a myth, the superhero can be entirely redesigned like a new automobile model.  Your father's (or grandfather's) Superman may have fought for "truth, justice, and the American way," but today's model is an ambiguous threat to America, with immigration-controversy overtones.  Adam West's colorful Batman is now Frank Miller's, sold entirely in black. In short, the story goes wherever the market takes it.

What doesn't change is the brand itself—today's redesigned Mustang is still a Mustang; the latest model Superman is still Superman—and the fully branded market responds accordingly, as we can see in the extraordinary box office success of Batman v Superman, one of the most critically panned films in recent (and not so recent) memory.  This is why, in spite of some critics' pleas that a stop finally be put to it, the superhero genre will continue to dominate the movie industry for the foreseeable future. Like consumers flocking to purchase such perennially Consumer's Reports-condemned brands as Jeep Wrangler and Land Rover, audiences will break records to see any major superhero brand in its latest incarnation.

This is not trivial.  Branded behavior is the passive product of advertising and marketing—a kind of behavior modification, which is just the opposite of critical thinking. When a society's leading stories are brands rather than stories, one should not be surprised to hear—as can be heard all the time on college campuses— that critical thinking skills are declining, or simply missing altogether.  Which is why comic book superheroes are very much worth thinking about critically, not as if they were equivalent to literary characters but precisely because they are not.

On the Language of Branding