Blogging Day: or, Why the Internet is So Nasty

To paraphrase Sylvia Fricker Tyson's marvelous song "You Were On My Mind," I woke up this morning with a blogging deadline on my mind, but hard-pressed for a topic. I then performed a self-analysis of this situation, and, lo-and-behold, arrived at two conclusions—one of them pretty obvious, and the other one pretty significant. So, here goes, in ascending order of importance.

The obvious explanation for my relative dearth of topics is that the pandemic is really taking up all the oxygen in the room these days. Yes, the World Series is on, and the NBA championships have just concluded. The Emmy Awards have been held, and the streaming revolution in TV barrels ahead. But popular culture has been sidelined somehow. There's no Game of Thrones, Mad Men, or Breaking Bad to enliven the conversation. Even The Handmaid's Tale and Orange is the New Black have lost the cutting edge. The movies are in hiatus, and no one's going to live concerts. There is, of course, plenty of material still out there for analysis, but there are more burning issues in the air—and I'm not talking about all the fires here out West. So, all in all, I'm rather stumped.

But my self-analysis has also turned up something else, for while I have been avoiding my keyboard until right this moment as my blogging deadline approaches (didn't Carly Simon write a hit song called "Procrastination"?), I have been engaged in an ongoing Internet, um, conversation, with a group of COVID-19 deniers on a hobby forum that I've been an off-and-on contributor to over the years. They aren't exactly COVID-conspiracy types (I would never habituate a forum that had that sort of people), but they're all in for playing down the seriousness of the plague, promoting "herd immunity" and whatever COVID cure of the day is making the rounds (hydroxychloroquine anyone?), while attacking Anthony Fauci, fully credentialed epidemiological scientists, and "lockdowns." And, quite frankly (one has to be honest with oneself when conducting a self-analysis), this sort of thing makes me angry, so I am irresistibly drawn back again and again into the fray. 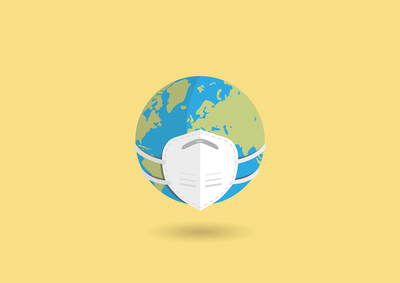 And therein lies the significance of the matter: anger is a great motivator. I know that may be disturbing to contemplate, but it explains why the Internet is so full of angry writing. It explains why, almost every day, some professor or other wrecks a career by throwing something out on Twitter that it really would have been a lot better to just keep to oneself (nota bene: I am being very careful in this respect on the forum I have referred to). And it also explains the penchant for conspiracy "theories" that is turning the Internet into a kind of dystopian playground for the paranoid.

I'm reminded in this regard of the history of television, which in its very early days was widely regarded as a potential medium for the dissemination of high culture, but which by 1961 had devolved into Newton Minow's notorious "vast wasteland." And so too have the high hopes for the Internet been dashed. The digital global village is now a gladiatorial battleground where rhetorical violence is the order of the day. It's little wonder, then, that people prefer to hunker down within their silos: it's a lot safer there, and all you need to do is hit "like" to express your opinion.