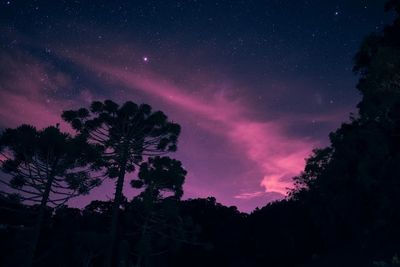 NOTE: The photo is from Unsplash and is free to use under the Unsplash license.

On the last day of face-to-face teaching and learning in March 2020, my first-year writing classes watched the first hour of the film Black Panther. This time, we had taken great care to investigate such historical contexts as the Black Panther Party and the 1992 civil unrest in Los Angeles, examining an early scene in the film for visual references. Students added their expertise in the work of Marvel Studios, as we laid the groundwork for self-selected topics for the second writing project.

It was Tuesday. “See you Thursday for Black Panther Part 2,” I said at the end of class. The train at rush hour was unusually empty. More commuters were wearing masks. I wrote in my journal throughout the long ride. On Twitter several hours later I saw the announcement that our university was closing down.

In the ten weeks of lockdown and confusion that followed, there was no Black Panther Part 2. Some students had already seen the film or had access to streaming services and chose to write about Black Panther anyway. But not everyone had access to the film, much less access to wifi. In April, as my city became the epicenter of the pandemic, I watched the film by myself. Although I love Black Panther, I could not bear watching the film again after that, and especially not after Chadwick Boseman died. There were too many reminders of a world that now felt lost and beyond repair.

But a few weeks before the 2021 Thanksgiving holiday, we began work on writing project 3, the research paper. Students had worked on Civil Rights Movement writing for most of the semester. For the third writing project, they would need to interrogate their own learning and investigate a research question of their own choosing related to Civil Rights writing. I showed an excerpt from Stanley Nelson’s Black Panthers: Vanguard of the Revolution.

Then, something long-sleeping stirred in my thoughts. I asked: Would you like to watch Black Panther the week of Thanksgiving? The Marvel film? The film would be an optional source for the research paper. Later that week I sent out a follow-up survey. Based on the response, there would be two watch parties, one in the morning and one in the afternoon. We would watch my copy of Black Panther together on Zoom. I envisioned the watch party as self care for students and for me as a community of writers, and as a mental health day that would allow us to keep the routine of the Zoom class.

In the past, I used to set aside the week of Thanksgiving as a mental health day for all of us, students and teacher alike. My own mental health days pre-pandemic generally consisted of sleeping late, staying off the internet, and reading a book with the cat curled in my lap. This year, I would instead spend the day on Zoom watching a film that evoked painful memories of the involuntary transition from face-to-face to remote teaching and learning. What was I thinking?

I was thinking about self care as framed by Black lesbian warrior poet Audre Lorde in her book A Burst of Light. In a quote often repeated, and very often misunderstood, Lorde writes: “Caring for myself is not self-indulgence, it is self-preservation, and that is an act of political warfare.” Lorde’s conception of self care is NOT the individualized self-care of bubble baths and essential oils, but self care as enacted by BiPOC women, a care of self that involves activism, community, and joy. Drawing on Lorde’s work, queer feminist critical race theorist Sara Ahmed  suggests, “We reassemble ourselves through the ordinary, everyday and often painstaking work of looking after ourselves; looking after each other.” I reflected once more on what self care might mean in an extended time of uncertainty and grief.

Black Panther ‘s plot turns on contested ideas of self care as care for the community. Wakanda’s relationship to the rest of the world is embroiled in constant conflict, and the conflict intersects with questions from a first-year writing course focused on Civil Rights writing. In times of sorrow, exhaustion and loss, what does it mean to bear witness? To break silence? To reckon with history? Black Panther offers multiple challenges to these questions, and ends in Black joy, the joy that rests in self care and the affirmations of community.