Artistic Integrity: Baldwin and Plath and the Little Rock Nine

If you are having thoughts of suicide, you are not alone. A mental health professional can help. Call or text the National Suicide Prevention Lifeline at 988, or visit https://www.speakingofsuicide.com/resources/

This week I am reading Heather Clark’s Red Comet, a recent biography of Sylvia Plath, poet and author of the novel The Bell Jar. I was fascinated to learn that Plath once taught as an adjunct at her alma mater, Smith College, in 1957-58. Plath had a temporary, renewable one-year appointment, and in the fall semester she taught three sections of first-year English. Plath quit this position after her first year because it was, she discovered, untenable with her life’s work as a writer. In a letter to her brother Warren in the fall of 1957, Plath reveals:

. . . the sacrifice of energy and life blood I’m making for this job is all out of proportion to the good I am doing in it. . . I am sacrificing my energy, writing, & versatile intellectual life for grubbing over 66 Hawthorne papers a week and trying to be articulate in front of a rough class of spoiled bitches. (Clark 509)

The excerpt of this letter, with its dated, sexist language, may be shocking to some, and Plath  probably did not intend for the public to read it. All the same, the sentiments Plath expresses are unsurprising. Teaching first-year English was new to Plath, and she had recently returned to the United States from England, where she had finished a second bachelor’s degree at Cambridge University. Plath had survived rigorous academics, severe mental illness, a suicide attempt, shock treatment, and incarceration in a mental hospital in Massachusetts. As a twenty-five year old neurodivergent woman, Plath was used to fighting her way back to the fragile equilibrium of the intellectual life that she craved. Adjuncting, as suggested in her letter to Warren, used up too much of her time and energy  to maintain a clear focus on her own writing (Clark 509).

In the late 1950s, the first semester of first-year English at Smith was focused on literature written in English, especially Romantic and Modernist writers whose predominance was beginning to fade for the younger generation. Five years later, James Baldwin (eight years older than Plath) wrote “As Much Truth as One Can Bear.” This 1962 essay considers the emergence of younger post-World War II writers, and especially those writers who approach their work from a very different sensibility:

We are the generation that must throw everything into the endeavor to remake America into what we say we want it to be. Without this endeavor, we will perish. However immoral or subversive this may sound to some, it is the writer who must always remember that morality, if it is to remain or become morality, must be perpetually examined, cracked, changed, made new. (Baldwin 50)

For Baldwin, writers have a special responsibility to examine, dismantle, and “remake” America, not in the service of perpetuating a fantasy, but for forging new ground for the greater good, beyond individual writing lives. Indeed, in this essay, the reader can find one of Baldwin’s most well-known adages, a quote that reinforces his point about the urgent necessity of social transformation: “Not everything that is faced can be changed; but nothing can be changed until it is faced.”

The fact that Baldwin and Plath wrote as near contemporaries in the late 1950s and early 1960s is interesting to me. Even as Clark contextualizes Plath’s life and work with details from post-World War II history, any consciousness of the Civil Rights Movement appears to be absent. In this way, Plath’s concerns might be seen through the lens of what Koa Beck identifies as White Feminism (also see Mathew and Hariharan).Baldwin, who was Black and grew up in Harlem, left the United States for exile in France in the late 1940s. His hope was to discover his vocation as a writer away from white supremacy in America. But in 1957, as the Civil Rights Movement continued to unfold, Baldwin returned to the United States to bear witness, to engage with writing and activism (See I Am Not Your Negro by Raoul Peck and James Baldwin: A Biography by David Leeming). 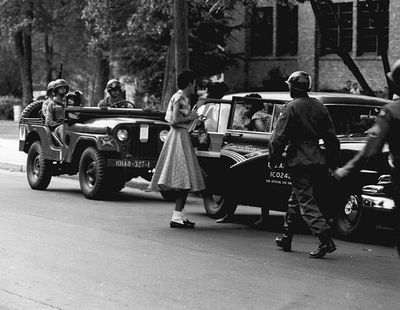 At a sixty-five year distance, it seems peculiar that the author of Plath’s biography, although making use of Plath’s copiously written journals and letters, makes no mention of these national events in Red Comet. I am puzzled by this absence, until I consider white supremacy, white privilege, and the overwhelmingly white poets of Plath’s acquaintance. What turns might American Literature have taken if that generation of poets followed Baldwin’s call to reckon with the truth? What might Sylvia Plath have contributed to this reckoning, as a struggling adjunct “sacrificing her energy”?

Work/life balance, Plath suggested in 1957, was an impossible fantasy. In 2022, life as an adjunct often feels critically unbalanced and extremely isolating. Yet, in a subsequent lecture, Baldwin advocates  that his audience must “engage in the struggle, which is universal and daily, of all human beings on the face of this globe to get to become human beings” (63). That is, even as people appear to inhabit different worlds or spheres of influence, these worlds touch each other, intersect and collide. Struggle is a means of survival, and Baldwin reiterates that his  audience must take action if change is to occur. For Baldwin, struggle for the greater good offers “artistic integrity” and is often “our only hope” (67).

For adjuncts, contingent work remains destabilizing and often, as Sylvia Plath discovered, debilitating. Even so, as the struggle of the Little Rock Nine affirms, history unfurls in and out of classrooms. Participating in, and acknowledging and bearing witness to struggle might serve as a means of connection for students and teachers. In the face of formidable challenges, even acknowledgment might seem painful and exhausting, but no less necessary, in troubling times.

Baldwin, James. “As Much Truth As One Can Bear.” The Cross of Redemption: Uncollected Writings, edited by Randall

Baldwin, James. “The Artist’s Struggle for Integrity.” The Cross of Redemption: Uncollected Writings, edited by Randall