Argument and Our Students' Future 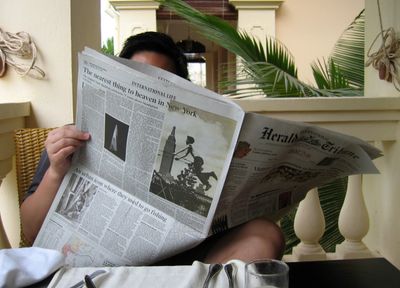 What do we hope our students leave an argument class knowing? How do we hope they make use of that knowledge as they hear about current events? Which concepts and exercises do we hope they implement as they read tomorrow’s headlines and eventually go on to make them?

In Elements of Argument and Structure of Argument we have tried to make students both critical readers and thoughtful writers of argument. Throughout the texts, we have pointed out the problems that can occur when we accept a view of our country and our world that comes largely from social media and biased reporting. Our students should never again be as naïve as many Americans were five or six years ago when, as we now know, foreign hackers helped determine the outcome of our presidential election. Beyond the classroom, students may never think about the way that Aristotle or Stephen Toulmin shaped their thinking about controversial issues, but they might think twice about accepting a claim simply because of the temperament of the person making it. They might pause to examine the evidence that supports the claim and the context surrounding it.

Students should be able to recognize an argument as an argument, whether it is an ad for an automobile or a plea for a political donation. They may not ever think again about the term warrant, but they should be prepared to respond to a controversial statement with “What makes you think that?” or “Where’s your proof?” They should not accept a writer’s or speaker’s authority until they are convinced that the person has a right to claim that authority. When they write, they should identify their sources and establish their own claim to authority. They now know, we hope, how to consider the validity of information that they find on the internet.

They may not be able to identify every logical fallacy or to label it correctly, but they should be able to tell when something is not right with a writer’s or speaker’s logic. In their own words, they should be able to explain why an analogy doesn’t work or when someone is trying to lead us astray by changing the subject or misrepresenting an opponent’s position. They should notice how, through word choice, a writer can subtly—or not so subtly—shade our thinking on a subject.

The following passage, attributed to Linda Gamble Spadaro, sums up just what hard work it is to adequately research a subject:

Did you at least take each article, one by one and look into the source (that would be author, publisher, and funder), then critique the writing for logical fallacies, cognitive distortions and plain inaccuracies.

Did you ask yourself why this source might publish these particular results? Did you follow the trail of references and apply the same source of scrutiny to them?

No? Then you didn’t  . . . research anything. You read or watched a video, most likely with little to no objectivity. You came across something in your algorithm manipulated feed, something that jived [sic] with your implicit biases and served your confirmation bias, and subconsciously applied your emotional filters and called it proof.

We hope that after a course in argumentation our students will be more responsible citizens and take into the voting booth a more sophisticated view of the political world. As employees and bosses, and as spouses and parents, they should be better able to defend the stands that they take that influence their families, communities, colleagues, and neighbors.