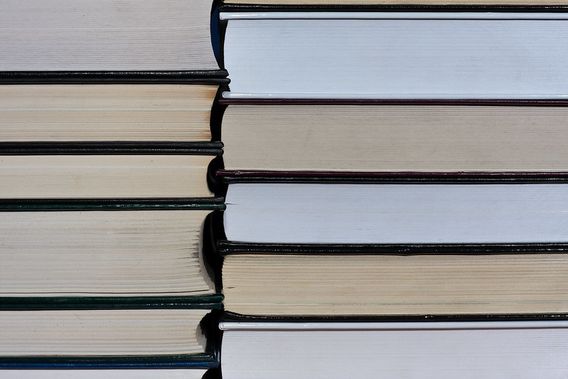 I’ve just read Asao Inoue’s new book, Above the Well: An Antiracist Literacy Argument from a Boy of Color—and I think you would like to read it too. I’ve known Inoue since he was a graduate student at Oregon State—that is to say, a long time—and I have followed him and his career with great interest. Listening to him over the years hasn’t always been easy: what seems to me to be the strident and combative style often on display in his presentations can rub my feminist collaborative leanings the wrong way, and I haven’t always felt that the policies he argues for, such as those regarding grading, hold up under close scrutiny.

But I have always listened, always wanted to hear and to understand—as best as a privileged, white, cisgender, aging woman can. And I am very glad I have because now comes this new book that, to me, sets forth Inoue’s antiracist project in the most powerful terms possible. From the first sentence (“Our language participates in racial violence”) to the closing discussion of deep attentive reading as a way to “make deeper sense of things, perhaps more compassionate sense of things,” I felt I was in conversation with a passionate, insightful guide helping me to see and to hear not only what racist language hath wrought but also what doing antiracism can mean.

Inoue’s opening line about language and racial violence took me instantly back to Elspeth Stuckey’s The Violence of Literacy, which was published in 1990, the same year I coauthored a report on a 1988 MLA-sponsored conference on The Right to Literacy. That conference focused on literacy as a fundamental right of all people—and featured panels, like one presented by health care workers in Georgia who spoke about the struggle for literacy when powerful forces were bent on denying it—so I was keenly aware of the vast discrepancies at work in who had access to literacy. Nevertheless, Stuckey’s book was stunning in its revelations of the relationship between language and violence, and especially race-based violence. As a young white teacher, I had viewed language and literacy in a wholly positive light, as ways to gain power and come to voice. From the mid to late 80s on, I had to question those naïve views more and more.

Thanks to Stuckey and others (primarily Geneva Smitherman), I grasped the double-edged nature of literacy—as potentially oppressor and liberator. What other scholars of color since then and Asao Inoue most recently have pointed out is the need to look deeper into literacy, to ask what kind of literacy, whose literacy, oppresses—and whose potentially liberates.

The kind of literacy that has oppressed so many is American Standard English/literacy, or Edited Written English/literacy or Standardized English/literacy—or just White English/literacy. Whatever we call it—and the terminology is being debated right now—this form of literacy has worked persistently and all too often silently to confuse and silence and oppress huge numbers of people, often in the name of trying to “help” or “advance” them.

This is received wisdom today. But its message comes alive again, and brilliantly, in Inoue’s book, in his experiences as a “boy of color” with big dreams who has the wit and the grit to sense when he is being bamboozled or given one of the blank checks described so eloquently by Martin Luther King.

It’s hard for me to point to my favorite part of Inoue’s book, with its rich mix of autobiography and memoir, historical analysis, argument, and mythic imagining. But at the top of my list is Inoue’s engagement with Strunk and White’s classic The Elements of Style (first written by Strunk in 1920 and elaborated by White in 1959—and still a bestseller on Amazon today). I can remember ranting against this book as a graduate student, saying that it made sense only to those who already knew what everything in it meant: that is, advice to “be brief” is meaningless unless you already know how to do so. So reading Inoue’s definitive put-down of this book was particularly gratifying to me. But that personal reaction is insignificant given the portrait Inoue paints of a young student writer caught in the web of confusing, often contradictory, arbitrary, and even nonsensical nostrums:

The text says, “Do not use periods for commas.” Okay, so when I can use commas? Now I’m not sure if I’m using periods right, either. I’m feeling more confused. How this explanation help anyone? This tells me the rule, but not in a way I understan. I tell myself to think like a White kid. Things start to get shakier fo me. When the hell I use commas and periods? I can feel the anxiety rise in me. This school-shit feels so arcane, I think. Yeah, arcane, that’s the word, like in D&D.” (76)

Yep, it tells the rule, all right, but in a way that only privileged White students who already know what it means can follow. Here Inoue’s evocation of the feelings associated with the violence of literacy is pitch-perfect powerful.

In this and so many other places in his book, Inoue demonstrates why this kind of (White) language use and policy is simply unsustainable, not to mention undesirable. The case he makes seems to me invincible. And sprinkled throughout are suggestions of what can and must replace it, the kind of language use and policy that can and should be sustainable. As a teacher, I would have liked to hear more (and more) about these suggestions, more about what must come next. I look, with hope, to Inoue and others who are leading the way in arguing for and demonstrating what must come next. In the meantime, I hope you will go to the WAC Clearinghouse to read this book and learn more about how to support Inoue’s antiracist work.

Image Credit: "Two stacks of books next to each other" by Horia Varlan, used under a CC BY 2.0 license