Alex, what is Composition Jeopardy?

Ok, it's the end of the semester. We're wiped out, students are wiped out, and we're either slogging or sprinting to the due date for the final essay in Comp I. The other night at dinner, I got the nutty idea that we should do something fun in our second-to-last class of the semester. "A game!" suggested my high schooler, and I went seeking out markers, cardboard, and my copy of A Writer's Reference to try my hand at inventing a version of Jeopardy. I saw the game as a fun opportunity to reinforce the common vocabulary of the course and review key rhet/comp concepts.

I'm sharing my Composition Jeopardy clues in hopes that you might improve them, add to them, borrow them if you're so inclined, or just smirk at them, confident in your own way to end a semester. The class this past Wednesday--at 8 am, mind you--was surprisingly spirited and worthwhile. Students collaborated, negotiated, checked their notes, checked their handbooks, cheered for one another. The winning team, in a thrilling move, beat the runner-up by a single point (!!) on a final-Jeopardy wager of 1,401 points. The prize was chocolate.

Students were engaged and even acknowledged the value of the game in thinking through their final revisions. When one finance major in control of the board said "I'll take Parts of an Essay for 600 points," I read the clue (a statement that represents an objection to your position), and a criminal justice major across the room grabbed his head and shouted, "That's what my draft is missing! A counterargument!"

So much of what we do in a semester is heavy and hard. This day in class was light and quite lively.

Best of luck as you wrap up your semester and move on--to the solstice, to the sofa, to the ski slopes, or wherever your December takes you. 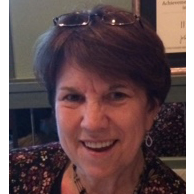 Yes, Jeopardy review/quiz is great idea and I’ve been doing it for years in my college English classes.

Sent from my iPhone

Thank you for sharing! I have done the same game in the past, and my

included chocolate too, ha! I appreciate your willingness to share your

clues. It was a success! The one team won by a mere point.