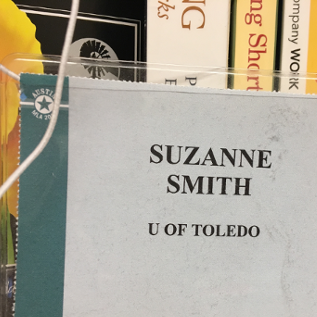 Actually, I use a similar strategy for reviewing drafts in a regular term, not just in the summer (where, out of necessity, it works very well). I give students a deadline for drafts several days before the final is due; those who meet it receive an individualized review of their work; the rest will receive a summary of comments I made on those drafts I already reviewed as well as a few new comments that may have arisen from a review of drafts submitted after that first deadline. Most students want the individual review, so to an extent, it has increased the number of drafts I receive on time. Others seem content with the more summative review and I think that works as well.

In a regular term, when I have four writing classes to teach, I try to provide individual draft feedback on the first two writing projects no matter what. Then, as the term gets underway, I think there is actually benefit to the more summative "group review" where I address common concerns that I notice in drafts. I then ask students to look for these issues in their own drafts  (or in peers' if we are doing a peer review). I think that makes them less dependent on me for each and every comment and more aware of how to look for and resolve issues in their own writing. I post my review (sometimes quite lengthy) in a discussion forum where students can then ask questions about individual points, and provide, if they like, an example from their own draft that we can discuss further as needed. Occasionally, there are students who don't bother to look at the group review but they quickly find out it is to their benefit to do so. So, your strategy serves a number of purposes, I think, in the summer session as well as in the regular term. I rely on it also to help me provide draft reviews in a more timely manner. With 4 writing classes, even in 15 weeks, I can't always do individual review on each project.

Traci,  I wonder if you got the results you did (many drafts turned in early) b/c you changed the agent of the action.  Instead of being required to turn in drafts (teacher=agent), you told students they could choose to turn them in (student = agent).  Interesting, whatever the reason.

Could well be, Suellyn. I do prefer to give students as much choice as I can.

Thanks for sharing your strategy, Suzanne. This information will definitely help as I determine how to scale the practice to fall semester!