A Beautiful Day in the Composition Classroom

A late Thanksgiving this year has created a difficult end-of-semester calendar: a week off for Thanksgiving, one week of class, and then finals. Moving from mid-term into early November, I watched the students in my first-year composition courses slump—literally and figuratively. Before the Thanksgiving break, students needed to complete a draft of their research synthesis projects and stay on top of revisions to portfolio pieces, which are due just before finals begin. By the end of the first week of November, my students (particularly those in the corequisite section) seemed a little lost and uncertain.

Based on what I was seeing, I did some shifting in the syllabus.

First, we spent a day mapping writing tasks into a schedule over which they would have control. I gave the students a small chart with a list of the writing tasks and due dates for our composition course, along with space to add other responsibilities. Students identified their priorities, and targeted when they wanted to address each task and how much time they could spend. I touched base with each student individually, and we discussed whether they had allotted sufficient time for the tasks at hand, particularly research tasks. We also negotiated some revised due dates, based on their schedules.  Once priorities were set, I gave students class time to work through their plans. A simple half-sheet of paper with blanks was a surprisingly effective tool; students were still checking that plan sheet two weeks later.

Next, for the second week in November, I slotted almost two hours of “Shut Up and Write” time, modelling the class sessions on a program designed to help faculty focus and finish writing projects. Students selected the writing task from their priority planning sheet, and they spread out across our classroom to write. While I suspect a couple of students spent the time on social media, most students commented that the time was valuable—and productive. During this week and the following, students also met in small groups with our writing fellows to discuss their drafts and revisions.

Finally, I scheduled writing conferences for the week before Thanksgiving. There was no class, and I met with each student individually for 20 minutes, looking through their drafts and talking about what they were learning through the research process. I asked the typical questions: Do you know what you want to do with this piece next? Do you have what you need? One student’s comment was telling: “Dr. Moore, I really like ‘Shut Up and Write’ and then conferences. I think that’s the best way for me to learn.” Conference week was long for me, but students had only their 20-minute conference with me (and for some, an additional 30-minute conference with a writing fellow).

To celebrate the beginning of Thanksgiving break and the holiday season, my family and I went to see A Beautiful Day in the Neighborhood, a film about how an interview—and subsequent relationship—with Fred Rogers changed a cynical reporter’s life.

The film moves slowly, offering extended moments of deliberate silence, just as the children’s television show did—both for me as a child and for my children. The movie affirmed what I had seen in my classroom in the previous three weeks: as cognitive and emotional creatures, we need to move slowly sometimes, and we need times of silence so that we can process our thoughts and feelings. We need unhurried space for the work of making initial choices and revisions. Unfortunately, a hectic final week of class often obscures or eliminates such spaces.

Taking my cue from Mr. Rogers, I’m setting aside the final week of class this semester to give students at least two full hours of “Shut Up and Write” time, with mini-conferences with me as needed. I will let you know how it works out.

What are your strategies for ending the term? How do you help corequisite and ALP students manage end-of-semester stress? 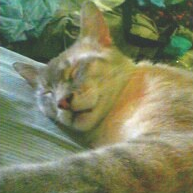 Our schedule is quite a bit different this year because, after Thanksgiving Break, we still have two weeks of classes and then Finals Week. As a result, our grades are due on Christmas Eve, so I'm re-working my schedule to reduce last-minute grading and the headache of rushing to finish my grades on Christmas Eve (the college closes at 5 p.m. that night). Plus, I'm finding that my co-req students are truly stressed out and lost right now, so I'm giving them work days to catch up on the assignments from both the co-req section and the composition class. At the beginning of class, I briefly remind them of the assignments they need to be working on (such as the Works Cited page for their argument essay) and answer questions. Then I allow time to simply work on whichever assignments they need to do, while I stand by to guide them through the process and assist as needed. I've also changed what is usually an in-class Reflection essay to one they will write off campus and submit through our LMS prior to the end of Finals Week. I'm hoping these changes relieve student stress levels and keep me from pulling my hair out as I'm trying to finalize grades at the same time I'm wrapping presents and getting ready for Christmas.

Wow—grades due Christmas Eve? That is a crazy schedule! But I think your approach makes sense—meet the students at their point of need (and consider your own in the process!). Just writing that sentence reminds of Marie Wilson Nelson’s wonderful book, At the Point of Need – one of the first things I read as I began working with basic writers.

I wish you and your students all the best as you wrap up the term (and those presents!)

About the Author
Miriam Moore is Assistant Professor of English at the University of North Georgia. She teaches undergraduate linguistics and grammar courses, developmental English courses (integrated reading and writing), ESL composition and pedagogy, and the first-year composition sequence. She is the co-author with Susan Anker of Real Essays, Real Writing, Real Reading and Writing, and Writing Essentials Online. She has over 20 years experience in community college teaching as well. Her interests include applied linguistics, writing about writing approaches to composition, professionalism for two-year college English faculty, and threshold concepts for composition, reading, and grammar.
Labels