Macmillan Learning is proud to sponsor the fourth HBCU Symposium on Rhetoric and Composition. This year’s theme is Transdisciplinarity @ HBCUs: Rewriting Black Futures Beyond the Margin. To celebrate the fourth Summit, we had a conversation with keynote speaker Anna Malaika Tubbs, author of The Three Mothers, a biography about the mothers of three of the most influential men in America -- Martin Luther King, Jr., Malcolm X, and James Baldwin. 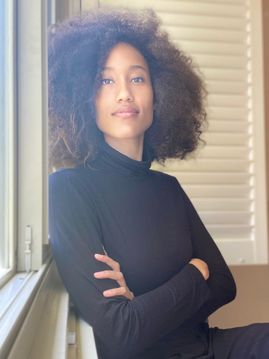 In the first part of the two part interview we discuss Anna’s inspirations, the lessons we take from the three mothers (Berdis Baldwin, Alberta King, and Louise Little), and lessons about teaching and learning.

Who or what inspired you to become a writer?

So many different things, but most important were my loved ones who are my support system and believing that I could contribute to the larger cause. I knew early on that I liked telling stories.

After I graduated from undergrad I started my first blog and realized that people enjoyed what I had to say. I was nervous to get my words out there, even for close friends and family. But it was their belief in my work -- letting me know what I said was important, or helping them through something, that led me to say, “Maybe I am pretty good at this; I should keep doing it and it can be my contribution to something larger

.” For me it’s important to take a complicated theory that I’ve learned and reformat it for different audiences - the younger, the older, and the ones who may find the materials to be uncomfortable at first but want an entry point into the conversation.

Your book discusses the three mothers - Berdis Baldwin, Alberta King, and Louise Little - and how they impacted three of America’s heroes. What other lesser known figures should we seek to learn more about?

The answer to that is endless. We really need to seek representation where it is lacking. Something I discovered while I was on tour was that as a black female biographer, I was doing something unusual because there are so few of us. Most biographies are written by men. Even if you look at Wikipedia and who the contributors are, it's mostly white men. It’s interesting how that fact is shaping what we believe is important and who the figures in history are.

For those of us that don’t feel represented, there’s an endless list of names and stories. I mentioned in the book that as I was writing about these three Black women, Black mothers, I was also telling my own story. I want more of us to be seen and represented by telling our stories.

But telling stories is about more than recognition and receiving due credit--the stories also decide where resources are given, and what policies we support. Representation is quite often the first step in that visibility to making changes, because when people are not seen--when they’re deemed invisible and when we’re saying it's okay to delete them from history--we are also saying it’s okay to erase the current contributions that they’re making to this world.  So yes, there’s so many…

The Hidden Figures story was one that you’ve mentioned inspired you to write The Three Mothers, I can’t imagine how many similar stories are out there we don’t know about ...

That reminds me of the time that I spent five years as a teacher and college counselor in Stockton, California. A big part of that was helping students write their personal statement for college and few believed they had a story to tell. But the truth is everyone has an important story to tell, and all of our stories are important. We need to hear more of them, they need to be represented.

Helping my students--especially those of color and low income students--see that their stories matter and that people do care what they have to say is important. Them not believing in their own stories is symptomatic of something much larger. We need to help them understand that they have a story to tell--and it’s less about being a historical figure and more about our humanity and the journey that we are all on. We have to become more comfortable defining who we are without allowing other people to do that for us and telling our stories is an important way to do that.

What are some good lessons or best practices about teaching and learning (or writing and research) can we gain from The Three Mothers? 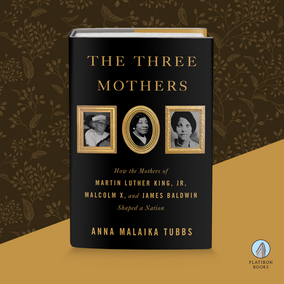 Though [these women] didn’t describe themselves as teachers or activists, they were. There are so many tangible strategies you can walk away with from The Three Mothers for teaching.

First and foremost they were mothers--not only to their kids but to their community members. Each gave clear examples on how you teach lessons--specifically around freedom, finding joy, and about defining yourself.

Alberta King was a trained teacher so she is a good one to start with. She was more than an educator in the public school system--she was also an instrumentalist. She believed that she, through the privilege of education, could advance something else forward that was beyond herself. That it didn’t make her better to be educated, but instead it gave her more of a responsibility to help others.

The lesson is that if you have training, or have been given opportunities that others haven’t and doors have been open to you, don’t think of that as an individual journey; think about how that relates to what you can do for other people.

With Louise Little, we can see really clearly that she knew that the more she learned and the more she self-educated beyond what she learned in the formal education system, the more she could make a difference--especially for the Black freedom movement. She never takes for granted any information that she’s picking up and never believes something just because someone in authority told her to believe it. She’s very aware that information can be strategic and that you need to question where you’re getting your information from and who the storyteller is.

She teaches her children through newspapers from around the world, and she asks them when they come home from school what they learned that day. She’ll offer the context of what they learned as it relates to where they were in history, and provide information that can counteract some of the harmful lessons that they learned. There’s a specific example in the book where she says that part of our education is our self education and the research that we have to do. Media literacy is important, which is something that many of us now understand.

Berdis Baldwin saw education as a path forward and opportunity for her children to realize their dreams and to see the world beyond what they grew up with; which is a world where they were living in Harlem and were poor, and were dealing with racism and police brutality, and living with their father’s mental health issue that caused him to be extremely abusive. She said that education is the way you can open doors for yourself and take control over your life.

Her lesson was less about the technical parts of education, and more about dreaming about the ways in which you can create your own world. Like knowing how to write, and knowing how to create stories, and knowing how to use those stories. Specifically for her, she wrote letters to the people that she loved and used language to transform what they were going through and their own personal struggles.

Malcolm X notably said: “The mother is the first teacher of the child. The message she gives that child, that child gives to the world.” What do you think the role of the mother should be in a child’s education?

So often mothers are not given the credit they deserve. They’re the first to interact with their children, but the scope of what they teach their children goes beyond that. It’s very intentional what mothers are doing day-by-day, and they’re making decisions that are very strategic and thoughtful.

We often reduce the title of motherhood to “oh, well they’re doing what mothers do,” but if we analyze the steps--especially of these three mothers--these are techniques and strategies and things they’re trying out and adjusting. All of that is crucial in terms of their relationship with their children, especially when they come home from school or advocate for kids to be in programs and get involved.

Unfortunately we often see--especially with children of color and from low income backgrounds--that the mom has to advocate for them in a system that may forget about them or carry bias against them and keep them from opportunities. We need to highlight more of what mothers are already doing versus what they should be doing. We need more attention to mothers, especially those from communities that have been marginalized, for their children to receive the opportunities they deserve.

Stay tuned for the second part of the interview, where we discuss the Black female perspective, conversations about race taking place in college courses and Transdisciplinarity.

To learn more about the HBCU Summit sponsored by Macmillan Learning click here.