It is August, and the minds of many of us are turning back to school and the need for creating new syllabi, retooling old syllabi, or learning how to teach syllabi that we are required to use. As I begin the process of course preparation, I think back to the many texts in my education that stuck with me. Especially significant were texts I discovered in times of transition. I remember the readings that kept me motivated through difficult moments, and the texts that opened my mind to new possibilities.

I wanted to know what readings inspired other educators in and out of school, so I posted the question to my Facebook timeline and to several Facebook groups engaged with writing studies. The responses are listed in two separate blog posts. The first post covers fiction, poetry, and drama, and the second post (next week) concentrates on history, non-fiction, pedagogy, philosophy, psychology, and writing studies. Some responders listed more than one text across genre lines. In these cases, I listed their responses under the first genre mentioned.

The purpose of these lists is to reflect on texts that has inspired the responders over time, rather than to fashion a new canonical mandate. For me, these inspirations, read in aggregate, are powerful reminders of how much good writing matters, and how, for many of us, good writing, carefully read, can help to shape the course of life and vocational choices.

My hope is that the lists offer memories of our own inspirations and, in doing so, allow us to make wise choices as we prepare our courses for the coming term.

Angela Rhoe Sonia Sanchez’s We A BaddDDD People, my introduction to the Black Arts Movement. This collection of poems about the power, beauty, and strength of black people blew my mind and helped me to unequivocally love myself and embrace my blackness. Life changing!!

Ann Etta Green  Not an essay, but the first book where I recognized myself in an educational setting was The Beans of Egypt, Maine by Carolyn Chute. It set me on a path so when I found Calling Home, Janet Zandy’s collection of working

class women’s writing, Dorothy Allison, Sandra Cisneros, Audre Lorde, Alice Walker all clicked.  In terms of short stories, “Everyday Use” by Alice Walker. I attempted my first piece of feminist criticism on that story and failed. But a good failure.

For me as an undergraduate, I was deliberately seeking out female teachers and women writers because there was such a lack of them in my experience. I didn’t have a theory of why—I was just looking. And I was also looking for examples of people like me who didn’t know people in college, other first generation college students or working class writers, but I didn’t have that word yet.

Simultaneously, I was trying to “catch up” by taking canonical courses because somewhere along the way, I had the idea that I should prioritize canon, to know the canon but reject it.

Bill DeGenaro Early in undergrad: Faulkner’s As I Lay Dying. Was awestruck by the world-building and convention-exploding. I grew up loving horror novels so at the time the chapter narrated by a dead body blew my mind. Years later, the whole book’s audacity sticks with me, the idea that breaking rules as a writer and provoking readers smartly can unleash so so much.

Cecilia Ready When I started college women were absolutely marginalized. But though I identified with male characters, I never lost my identity as a woman. Thus Joyce’s Portrait of the Artist had a huge impact on me. Naturally I fell in love with Stephen Daedalus, but his statement, “Non servium” resonated with my already rebellious nature. Of course, my rebellion consisted of refusing to follow traditional female career paths.

James Wermers I took a class as an undergrad in modern Catholic novelists, and much of what we read in that class has stuck with me. Mauriac’s Therese Desqueyroux, Greene’s End of the Affair, and Cather’s Death Comes for the Archbishop in particular challenged me, consoled me, pushed me, and forever changed me. As much as anything I have ever read, they taught me the complexity of faith, failure, love, and humanity.

Keith A. Waddle This quote from George Eliot's Middlemarch: "for the growing good of the world is partly dependent on unhistoric acts; and that things are not so ill with you and me as they might have been, is half owing to the number who lived faithfully a hidden life, and rest in unvisited tombs.”

My appreciation for that quote and the overall wisdom of that novel grows the older I get.

Lisa Blankenship Undergrad: Egalia’s Daughters by Gerd Brantenberg; Toni Morrison; Shakespeare. Grad: Rhetorical Listening, Kris Ratcliffe; Anticipating China, Hall and Ames. ED is a satire switching gender roles in a (would it be?) dystopian society; opened my eyes about sexism and one of my first intros to feminism. Morrison same about black terror and trauma in the US historical and ongoing. Shakespeare: used to read it and weep alone in my dorm room, feeling maybe less alone than ever. Rhetorical Listening helped me as a white woman be quiet and listen to women of color hopefully a bit more. Anticipating China: most powerful book on comparative rhetoric and philosophy I’ve ever read.

Natasha Murdock “The Yellow Wallpaper” had a pretty profound influence on me. It taught me to recognize the way I was being stifled and abused by my marriage, to be honest. It was monumental in helping me regain a sense of myself as a writer as I was going through my divorce.

Paulette Stevenson The Jungle by Upton Sinclair (in HS). I was appalled at the treatment of animals and workers. I remember thinking how much these people were getting screwed over by others for just trying to live a better life in the US. I was 14, living in a small town in the Midwest, and the novel allowed me to experience oppression like I hadn’t seen before. Oh and I also became a vegetarian after reading it. Note: I haven’t read it since, so I’m not sure if it holds up to my take.

Ted Fristrom "The Distance of the Moon." I always wanted to be a musician, but I had this weird notion at the end of high school that being a writer might be acceptable as well. After reading Cosmicomics, I thought being Italo Calvino would be more than acceptable. Perhaps that's circular answer to the relevance question. Why would I want to emulate Calvino? I don't know. Who wouldn't want to be Calvino? I had a short attention span and liked things that were a little surreal; it seemed to break up the monotony of my childhood.

Claudine Debray: War and Peace. But I read it way too early at 13. I think at 13 I might have missed some aspects. Perhaps I was not mature enough? Not sure. I should re-read it. I also read Dostoyevsky at the same age. Same comments. I loved these books. And yes, I will re-read them.

Rhonda Grego: Housekeeping by Marilynne Robinson--early grad school, 1981-2, just left home in SC for grad school in Pennsylvania. I came from a working class southern evangelical background, so Robinson's poetic/biblical language reverberated, BUT she used it to speak women's perspectives and truths, flipping the script I'd grown up with! Seeing through the characters of Sylvie and Ruthie that it was not only ok but beautiful to let the leaves drift inside and pile into the corners (even if the sheriff saw that as a bad sign), to not keep house, to leave for open and uncharted spaces, to trust my own sense of things was deeply reassuring. This book became a friend. 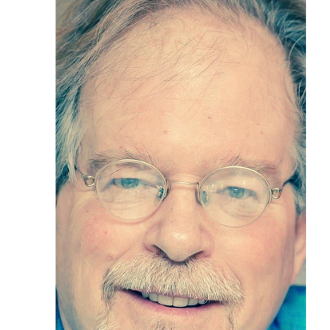 After more than 50 years of a life in the theatre, it is with great pleasure to consider the earliest inspirations: novels and plays, mostly. Moss Hart’s Act One, Athol Fugard’s The Blood Knot, and Pinter’s The Homecoming certainly helped shape my theatrical sensibilities. I’d love to see greater

exposure to the short stories, essays, and novels of Richard Ford, Wendell Berry, Iris Murdoch, James Salter, Gore Vidal, and Christopher Hitchens, not to mention, of course, the subject of my doctoral thesis, Romulus Linney, whose play Heathen Valley should be recognized as an American classic.

About the Author
I am a writer and teacher living in Queens, New York. My book is "Teaching Developmental Writing" 4e. Other recent publications include “Theory in Practice: Halloween Write-In,” with Ian James, William F. Martin, and Meghan Kelsey in Basic Writing eJournal 16.1, “An Unconventional Education: Letter to Basic Writing Practicum Students in Journal of Basic Writing 37.1, “Occupy Basic Writing: Pedagogy in the Wake of Austerity,” in Nancy Welch and Tony Scott’s collection Composition in the Age of Austerity.
Labels