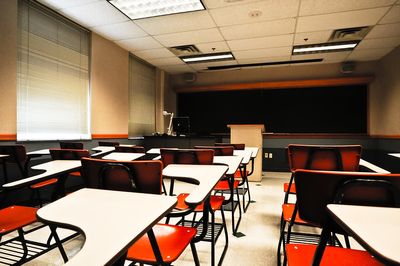 As another school term ends, I think back on what we hope our students have learned about argumentation.

Some of that knowledge has to do with analyzing the arguments made by others. I would hope that students leave an argumentation class a little less gullible than when they entered and, yes, a little less gullible than many of the people they will cross paths with in their daily lives. They need to be able to see the flaws in others’ arguments, even when they are tempted to accept those arguments. They need a vocabulary for explaining what is so wrong with so much of what passes for truth these days. As they see new controversies arise in the social and political worlds that they inhabit, they need to be able to read the most recent headlines and the most recent social media posts with a critical eye. They must understand the need for seeking common ground as a starting place for reconciling seemingly irreconcilable differences. Hopefully, they leave us knowing a little more about what sources of information to trust, including blocking out those voices that tell them that no media outlet is to be trusted.

Some of that knowledge has to do with backing up their own arguments. As a new teacher, I did what was then popular and assigned one big research paper, and then after seeing the mistakes students made, wished they had another chance to get it right, but the term was over, and it was too late.  As I evolved as a teacher, I learned to teach the use of sources as a skill to be gained through practice. Students can start learning to use sources skillfully from the first time they write about something they have read. They can learn that to use sources is just that—to make use of sources to advance their own ideas. The idea is to avoid a patchwork quilt of quotations from sources that have very little of the student’s own ideas to hold them together. They can learn that a source worth using is worth identifying with more than a name in parenthesis. I would hope that by the end of the term each student can smoothly incorporate sources into his or her writing while providing the claim to authority that makes that source worth drawing on.

I would hope that students leave knowing how to find good sources and how to identify which sources are good and reliable. This means learning to sift through all the chaff available online to find the seeds of value. Research is so much more than finding any old source to list on a works cited page.

Recognizing and constructing successful arguments are skills that can be learned. Never has there been a greater need for citizens to have those skills. Some of the most basic rights we hold as citizens are under threat. Every time our students decide whom and what to vote for they are using the skills of argumentation. When they stand up in support of that very right to vote they are doing so as well.

Photo: "Dimension"  by KT King is licensed under CC BY 2.0