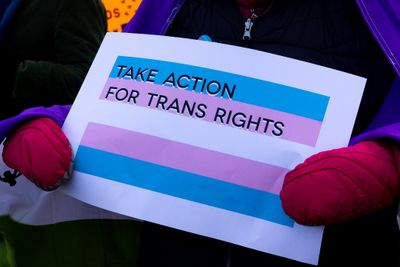 An essay excerpted in the thirteenth edition of Elements of Argument, Ishmeal Bradley’s “Conscientious Objection in Medicine: A Moral Dilemma,” addresses the dilemma faced by some health care providers when they are asked to perform procedures that violate their moral code. The prime example is abortion. The pressure extends from doctors to others, like nurses, who must assist in procedures to which they are morally opposed. Even a doctor or nurse who might normally be excused from participating may be forced to join the procedure in an emergency. Bradley succinctly sums up the dilemma: “Where are the boundaries between professional obligations and personal morality? Can personal morality override professional duty when it comes to patient care? . . . On the one hand, there is the argument that physicians have a duty to uphold the wishes of their patients, as long as those wishes are reasonable. On the other is the thought that physicians themselves are moral beings and that their morality should not be infringed upon by dictates from the legislatures, medical community, or patient interests.”

In Arkansas, the legislature recently passed and the governor signed into law a bill stating that the moral code of physicians shall not be infringed upon. As a result, many believe that Arkansan politicians have put the lives of certain Arkansan citizens at risk. Some people are concerned that SB 289, The Medical Ethics and Diversity Act, which allows doctors to refuse to treat a patient because of religious or moral objections, will give medical providers the right to refuse care to members of the LGBTQ community. By the end of January 2021, thirteen other states had proposed legislation that would limit the rights of transgender youth in particular, from denying them the right to participate in school sports to denying them the right to gender-confirming medication. Some pieces of legislation have passed; others never will. Even the threat of such laws is making some in the LGBTQ community rethink whether they want to live in these red states.

In support of the law, Arkansas Governor Asa Hutchinson said in a statement: “I support this right of conscience so long as emergency care is exempted and conscientious objection cannot be used to deny general health service to any class of people . . . Most importantly, the federal laws that prohibit discrimination on the basis of race, sex, gender, and national origin continue to apply to the delivery of health care services.” Rather, Hutchinson argues, the conscience bill applies only to a particular health care service.

The extent to which the law protects the health professional’s right to refuse to give a patient medical care depends on how one’s “right of conscience” is defined and how far it extends. Hutchinson says that conscientious objection cannot be used to deny general health care to a whole class of people. Those who opposed the bill are quick to argue that doctors are now going to allow trans people to die. This argument may be an overgeneralization: the fear should not be that doctors will refuse to see LGBTQ individuals to give them vaccinations or to treat them for a sinus infection or to perform an appendectomy. A doctor who refuses to perform an abortion is not refusing treatment to the class of pregnant women in general, but is refusing to be a party to what, in the individual’s thinking, is the murder of a child. The moral objection to treating a trans individual comes when the medical professional is asked to aid or maintain the sexual transformation itself. The doctor would not be refusing to treat any trans person as a member of the class of trans people, but might object to participating in the process of helping a person transition. Doctors who perform gender reassignment surgery or otherwise help patients with the transition are a class unto themselves and work in that area, surely, because they have no conscientious objection to it. If a doctor refuses to see a patient for a treatment that the doctor routinely provides because the person is trans, that would be a clear case of discrimination.

As always, in attacking the positions of those we do not agree with, we have to be careful not to attack for the wrong reasons. When we overstate our opponent’s position, we weaken our own. Yes, there may be medical professionals in Arkansas and elsewhere who would prefer not to accept LGBTQ people as patients, but there are federal laws that ban that type of discrimination. People seeking gender reassignment surgery will seek out doctors best trained for those procedures. The hope would be that there are medical professionals in every state with such training. The most difficult obstacle to overcome might be finding a doctor to prescribe gender-affirming medications, and that is where this battle must be focused.

Fear is already mounting that the incidence of suicide among trans youth will rise when states try to deny them the medications they need to maintain gender-affirming physical changes. If doctors choose not to meet those needs, they will be able to use the new law to justify their refusal on religious or moral grounds. That is the reason Arkansas’s new law and others like it are viewed as a dire threat.

Image Credit: "Take Action for Trans Rights" by Marc Nozell, used under a CC BY 2.0 license