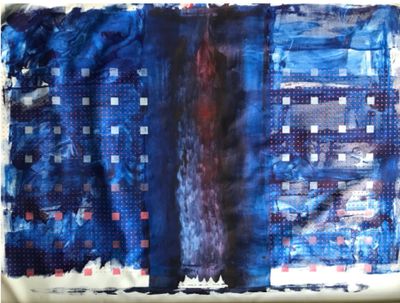 When COVID-19 hit in February, I was teaching a new version of my introduction to 21st century literature class entitled, “Writing after the End of the World.” The organizing question for this course is/was: “how does writing change when it is produced in the wake of a dying world?” When I started the class in January, of course, COVID wasn’t part of the general discourse, so my opening brainstorming session on the ways in which writing in 2020 could be described as “after the end of the world” didn’t include, “writing after the end of the world that existed pre-COVID.”

As it was, we didn’t lack for ways to say that writing in 2020 was writing produced after the end of other worlds: after the pre-9/11 world, the world not fated to be consumed by global warming, the world not defined by endless war, the world guided by Enlightenment thought, the world were Martin Luther King’s dream seemed achievable, the world of gainful employment, the world where students weren’t expendable resources in classroom massacres. We talked about the sense that the clock counting down to human extinction has been irreversibly accelerated by the global reliance on fossil fuels. The discussion of these possibilities served as a prelude to our semester-long project considering creative acts at a time when the prospect of an inviting future seemed all but unimaginable. And this was before classes were suspended and everyone sent home.

I know that sounds like a deadly way to begin a course, but talking openly about these things is actually a relief for students and their teacher. Acknowledging how awful things have become during the first two decades of the 21st century is both cathartic and essential for understanding the literatures produced during this time—our time. As planned, my course invites the students to consider the following bind: if you can’t imagine a better future, you can’t work towards creating a better future. To move from cataloguing the catastrophic state of the world to fashioning a way forward into the unknown, I tell the students, we have to reclaim the powers of our imagination, with which we all are endowed by virtue of our humanity. By structuring the course in this way, I mean for it to serve as a sustained engagement with uncertainty, complexity, ambiguity, shades of meaning, and the alternate worlds of the future that can be created by our actions in the present.

We were halfway through the semester, in the midst of reading Ruth Ozeki’s A Tale for the Time Being, when it became clear that the spring semester was going to be disrupted by the global pandemic. What to do?

Initially, I was filled with despair when commanded from on high to move the remainder of the course, along with my 90 students, two co-teachers, and two undergraduate course assistants, online. The transition promised to ruin the course, as I’d imagined it, for at least three reasons.

For these reasons, and more, I figured the students and I were simply going to have to pretend that the course still existed, when circumstances had, in fact, transformed it into a shadow of its former self.

This is part of my own creative process, alas. I rage; I rail; I shake my puny fist at the heavens. And then, remembering finally that every disaster is also an opportunity to create anew, I settle in and begin imagining a way forward. In this instance, I decided, after reflecting on a student’s response to my draft replacement syllabus, that the class would try to take advantage of this unanticipated calamity. We’d continue reading and discussing examples of writers experimenting with ways to end their stories in times where the future seems both unknown and threatening. But we’d shift, in the final three weeks of the course, from being readers to being writers. In the process, we’d build a Digital Decameron for the 21st century, collecting a range of ways people living through a pandemic were responding to the situation–with stories, songs, videos, research papers, advice, poetry, and more.

In this series of blog posts, I want to reflect on what my students produced over those three weeks as they assumed the responsibility for writing after the end of the world. The central paradox that interests me is this: how was it that students in a gen ed lecture class focused on reading ended up producing some of the best writing I’ve received in twenty-eight years (nearly all spent teaching writing!)?

The website where all this work is collected is: https://www.digitaldecameron.com/

(Readers who want to learn more about the course and what decisions I made along the way while teaching it should proceed to the Teaching in Public section of the Digital Decameron website.)

About the Author
Richard E. Miller has been teaching writing for over 25 years. He has blogged extensively about digital technology, the end of privacy, and the future of higher education on his website www.text2cloud.com. He’s served on the executive committee of CCCC and of the ADE; he’s been on the editorial board of CCC, Studies in Writing and Rhetoric, and Pedagogy (ongoing). He’s an essayist, social media fanatic, sometimes poet, photographer, multimedia composer, graphic novelist (he writes about the misadventures of his alter-ego, Professor Pawn) and memoirist.
Labels