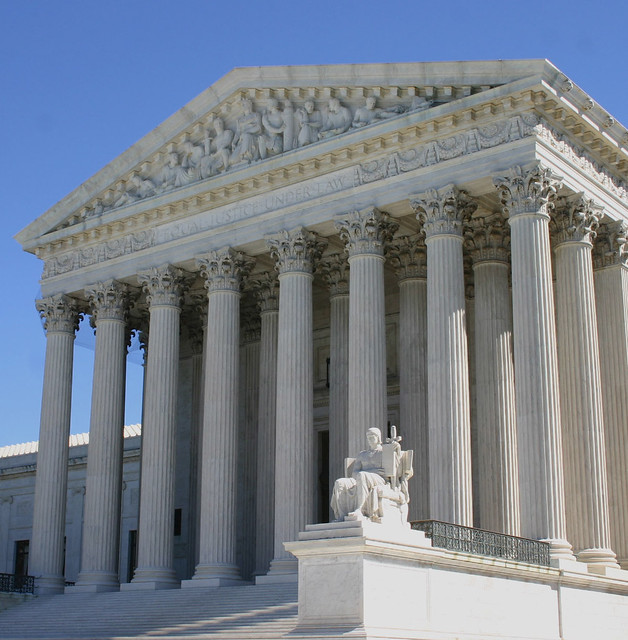 The balance of powers among the three branches of the federal government has been one of the foundations of American politics from the beginning. The fact that members of the Supreme Court serve for life largely removes the threat that they will be unduly influenced by a single sitting president. Congress writes the laws that the Court must uphold; the president holds over Congress the power of the veto.

The choice of a Supreme Court justice is always controversial. Replacing Antonin Scalia has been even more so because of the timing. Obama has now announced his choice for Scalia’s replacement. Even before he did so, however, Republicans in Congress had decided not to approve him. How does this work as an argument?

There is a claim of policy on each side of the argument: President Obama, of course, is arguing that, because of his qualifications, Merrick Garland should be appointed a justice of the Supreme Court. The Republican leadership made clear early on that their claim would not be based on qualifications. That claim: No individual nominated by President Obama should be considered for appointment as Scalia’s replacement.

According to the Constitution, the president "shall nominate, and by and with the Advice and Consent of the Senate, shall appoint . . . Judges of the Supreme Court." The relevant article of the Constitution says nothing about the time frame. However, according to Michael Gerhardt, a professor in constitutional law at the University of North Carolina at Chapel Hill, "not a single president has ever refused to make a nomination to fill a Supreme Court vacancy, regardless of its timing. No president has ever abdicated this authority, not even when they were lame ducks. In fact, six lame-duck presidents have made six Supreme Court appointments."

A case like this one can give students a chance to analyze the support on each side of a controversy. President Obama, in this instance, has an easier case to prove. He has proceeded with the nomination process as he would have at any other point in his presidency and has presented for consideration a candidate whose credentials he believes warrant the appointment. Republicans who do not want to consider any candidate nominated by Obama have a more difficult case to support because they are essentially arguing that the normal procedure for appointing a Supreme Court justice should not be followed in this case. To accept that argument, one has to be willing to accept their reasons. There are a number of reasons they do not want to support an Obama nominee. Your students can easily come up with these: They do not want another liberal on the Supreme Court. To add a liberal judge will give liberals on the court a 5-4 advantage in making decisions. They want the next president to nominate Scalia’s replacement, and they hope the next president is a Republican. None of these is support for not considering an Obama nominee.

The Republican leadership undermined their argument when they very vocally declared an unwillingness to even consider an Obama nominee. Had they instead quietly refused to approve Garland—or anyone else—it would have been impossible to prove that they were acting on anything other than the nominee’s credentials. When they started saying no to Obama’s nominee before that nominee was named, they opened themselves up to charges of partisanship.