A Claim to Integrity 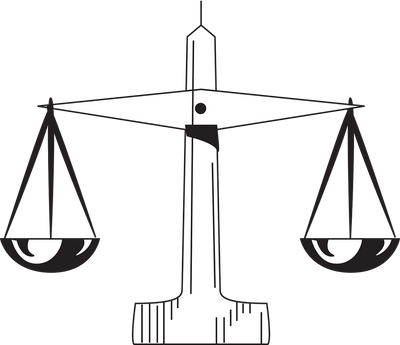 More than ever this year, the election has become entangled with the choice of a new justice of the Supreme Court. The nine justices constantly deal with policy issues, and they answer some of our most critical “should” and “should not” questions. Should Roe V. Wade be overturned? Should the Affordable Care Act be struck down? Which ballots should be counted, and which should not? Each ruling is grounded in a specific case, but each has effects that reverberate throughout the nation and through history.

Decisions made by the Supreme Court are, of course, based on the Constitution and on laws passed by the legislative branch. What a law states is a fact. The need to interpret laws is what makes the whole judicial system necessary. As with any argument, an argument that reaches the Supreme Court is built on claims of fact and value that must be agreed on before a claim of policy can be.

The first cracks in the foundation of our democracy appeared when the two major political parties could no longer even agree on what a fact is. Claims of fact are usually based on logic, and two people or groups who can think rationally can usually reach an agreement on them. We should have known we were in trouble when Republicans and Democrats could not even agree on something as relatively simple as which inaugural was attended by more people – that of Trump or those of Obama. We could find that mildly amusing, but we were less amused when Trump’s staffers resorted to the concept of the alternative fact. Added was the fact that we had a president to whom expressing “alternate facts” came as naturally as breathing, and there could be no faith any longer in “facts.” Once the president convinced his supporters that any news that presented him in a negative light was “fake news” (non-fact), he could present any untruth he wanted to as fact, up to and including listing the ending to the pandemic as one of his accomplishments at the exact time that the number of new cases was breaking old records.

If two parties cannot even agree on factual claims, there is little chance they can agree on more controversial claims of value. They, too, often read what is posted on social media and accuse their opponents of the most extreme stance on every issue. Democrats cannot be counted on to protect new life and want to take away all of your guns. Republicans are racists who want to put women in prison for having abortions. Reasoned debate is not possible when each party is guilty of the straw man fallacy in attempts to get their opponents to argue against a position more extreme than that which they actually hold.

The last four years have revealed differences in values between Democrats and Republicans that run even deeper than many of us realized – our country has not been this divided since the Civil War. Some people are grateful COVID-19 will keep them from having their annual family gathering for Thanksgiving, because what do you say over dinner to Uncle Ray, an avid Trump supporter, as a liberal through-and-through? Decades-long friendships have ended, and a popular meme sums it up well: “I was asked, ‘You’re going to lose friends over politics?!’ I said, ‘I’m going to lose friends over morals. HUGE difference.’”

We are well past checking for cracks in the foundation of our democracy. Those foundation are crumbling, and no single presidential election will solve all of our problems. Our founders did not foresee anything like a Trump presidency. They didn’t foresee that the Electoral College would become outmoded and work against the will of the majority of Americans. They didn’t foresee a president who would take advantage of the power of the pardon to pardon himself. They did not foresee the willingness of so many to put party over country. Only a relatively few years ago, a superb candidate for justice of the Supreme Court would be approved by well over ninety percent of all members of Congress, in spite of party, not passed because of party.

There is no easy solution to our country’s problems. The balance of power among our branches of government is so akilter that righting it may prove impossible. It’s scary how much that depends on those nine justices referenced earlier. For the rest of their working lives, they must write and rewrite policy for our country. They must do so on the basis of carefully selected cases brought before them to test our laws and the Court’s precedents. They must forget who nominated them. They must forget the animosity of those who disagreed with the way they came to their positions. They must forget party. They must put aside their own values to decide cases based on the law of the land. They aren’t expected to do that. Our current president has made it clear that the justices he nominated are there to do his bidding. It’s a lot to ask when those in the other branches of government who put them there have proved their own lack of integrity. The amount of rebuilding our country must do depends on whether nine people can live up to the role that the writers of our Constitution envisioned for them.