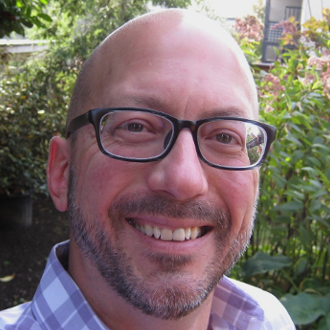 When I teach the Boston Massacre, a subject about which one of my co-authors on America’s History, Eric Hinderaker, will soon publish a remarkable new book, I ask the students to think about space and confinement. As I describe the growing anti-British sentiment among different social classes in Boston, I project paintings, newspaper accounts, and maps on the screen.

A close-up map of the King Street neighborhood in Boston allows the students to see the dense, narrow streets where the British soldiers encountered the young working-class men who would later hurl snowballs and shout curses at the armed representatives of the crown. The map makes the visual and experiential field of colonial Boston—and the close proximity of soldiers, workers, artisans, and residences—vivid for the students. The closeness of the British soldiers and Bostonians can be felt.

It’s important for students to remember that history happens in real spaces. The King Street neighborhood is just one example. Dense neighborhoods, yes, but also other kinds of urban spaces, from churches to city halls, suburban spaces, from tree-lined streets to the private home, rural and wilderness spaces, transportations spaces such as carriages, ships, and conveyances of all sorts. The list goes on. In an age of instant digital communication, it can be critical for students to know that for the vast majority of human history (and, frankly, even today), most of the significant interactions among human beings happened face to face, in close proximity.

I’ve titled this blog post “closeness and history” to emphasize just that: how the history we encounter in textbooks often lacks a spatial dimension, making it easy to forget how close people often were to one another.

Spatial history is not just about nearness, however. There is an undeniably closeness in the narrowed, tangled streets of colonial Boston, or in the cramped Higgins boats ferrying Allied soldiers onto the Normandy beaches on D-Day, or in the tenement houses of New York, Boston, Philadelphia, and other cities during the great immigration waves of the late-nineteenth and early twentieth centuries.

But distance matters too. The quickest route to the California gold fields from New York in 1848 was to sail to Panama and then up the West Coast or to sail around Cape Horn. Distance mattered. For escaped, runaway slaves in the 1850s bound for the North, safety across the border in Canada was anything but close. The route was long, perilous, and often unknown to those who fled. Distance mattered.

If closeness and distance both matter to history, there’s a larger lesson about how space can be taken seriously in the teaching of U.S. history. Attention to space need not take over your curriculum or overwhelm what you already do in the classroom. But through the judicious use of maps, personal accounts such as dairies, journals, or letters, paintings (a terrific primary source before photography was common), photographs (a terrific primary source for periods after the late nineteenth century), and other kinds of both primary sources and graphic tools, conveying the importance of space to students can enrich what teachers already do.

A simple way of conceiving of this is to encourage students to develop an automatic analytical framework: think about not just what happened in history, and why, but also where. The historical habit of mind should always have a spatial dimension.

About the Author
Robert O. Self is Mary Ann Lippitt Professor of American History at Brown University. His first book, American Babylon: Race and the Struggle for Postwar Oakland, won four professional prizes, including the James A. Rawley Prize from the Organization of American Historians. His second book, All in the Family: The Realignment of American Democracy Since the 1960s (Hill and Wang, 2012), is about gender, sexuality, and political culture in the U.S. from 1964 to 2004. He teaches courses on the postwar United States; the history of political movements; the history of gender, sex, and the family; and urban history.
Topics