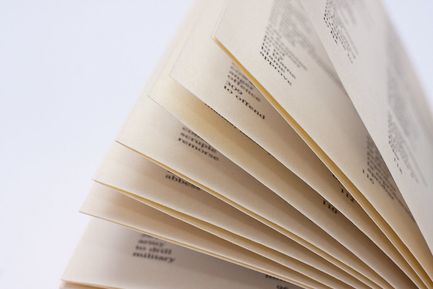 2019’s word was “they,” when searches in dictionaries for that word skyrocketed. 2020 was predictable: “pandemic,” as the whole world tried to take in the full havoc and tragedy the coronavirus was having everywhere—nearly five and a half million dead from the virus as I write this post. Perhaps it’s no surprise, then, that Merriam Webster’s Word of the Year for 2021 is “vaccine,” a word people searched the dictionary 601% more often this year than in 2020. In announcing its word of the year, Merriam Webster noted that the word partially symbolizes hope for a return to our normal lives, hopes that are being severely tested by the arrival of the Omicron variant. But Merriam Webster also notes that the word “vaccine” was “also at the center of debates about personal choice, political affiliation, professional regulations, school safety, healthcare inequality, and so much more.” Its choice, then, perfectly captures the confusion and strife we are experiencing—as hope viewed with skepticism and rejection (often based on misinformation). A complex set of associations for a complex time.

The Oxford English Dictionary, while giving a nod to “jab” and “Fauci ouchie,” chose a short form of vaccine—“vax”—for its word of the year. Referring to it as “jaunty,” a senior editor for the OED reported that the word “surged dramatically, occurring more than 72 times as frequently” as it did in 2020. Oxford Languages senior editor Fiona McPherson explained that other vaccine-related words increased as well, but “nothing like vax”; “It’s a short, punchy, attention-grabbing word.”

The Cambridge Dictionary took a different approach, naming “perseverance” its word of the year:

We can officially announce that the Cambridge Dictionary #WordoftheYear2021 is... 🥁

perseverance (noun): continued effort to do or achieve something, even when this is difficult or takes a long time

According to the dictionary’s press release, people around the world have looked up “resilience” 243,000 times in 2021, in large part because of attempts to cope with the pandemic but also because of NASA’s Perseverance rover, which launched in February and is now sending back reports on microbial life from the red planet.

I always look forward to seeing what the American Dialect Society chooses as its word of the year, but they are always later in announcing than the dictionaries so we will have to wait for that one. In the meantime, I wonder what our students would choose as word of the year, and I always think this makes a great classroom activity or writing assignment.

For months, I was favoring “slog,” which is what I’ve felt I’ve been doing for the last two years. Or perhaps “one-foot-in-front-of-the-other.” “On hold” would work too, if not for word of year then perhaps feeling of the year. At least that’s better than “despair,” which I and millions of others have also been feeling as we wait, and long for, the waning of this pandemic.

In the meantime, I think I’ll go with “resilience” and continue to hope.

Image Credit: "Yellowed pages from a dictionary" by Horia Varlan, used under a CC BY 2.0 license