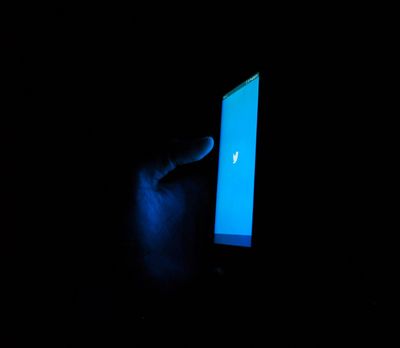 Ever since Elon Musk announced his interest in acquiring Twitter, the internet has been awash in discussions of Musk’s strong support for freedom of speech and against controlling speech. Critics worried that removing the guard rails Twitter had developed over years would lead, instantly, to enormous abuse by purveyors of misinformation, hate speech, and potential violence. And when Musk eventually purchased Twitter (for $44 billion), many of these predictions came true. As Musk reduced the Twitter workforce by half, dismantled the Trust and Safety division of Twitter, reinstated previously banned groups and people (including The Babylon Bee, a deeply conservative satirical “fake news you can trust” site, and Donald Trump), confusion and chaos reigned, driving away advertisers and users and evoking ever more critical response. Musk’s substitution of the “blue check” verification with a fee-based system that would give a blue check to anyone willing to pay for it gave instantaneous rise to impersonations and chaos, which led to Musk shelving the pay-for-play system for a time. Still, Musk resisted what he viewed as any form of “censorship” in favor of the right “to speak freely within the bounds of the law.”

This debate, still raging inside—and far outside—Twitter, seems to me to provide an ideal opportunity to ask students to take up the First Amendment, to investigate its origins, and to do some research on the current debate over what constitutes freedom of speech and where to draw the line when it comes to any forms of regulation.

The First Amendment states that “Congress shall make no law respecting an establishment of religion, or prohibiting the free exercise thereof; or abridging the freedom of speech, or of the press; or the right of the people peaceably to assemble, and to petition the Government for a redress of grievances. I’d be inclined to begin by briefly discussing the entire amendment and pointing out potential difficulties in defining what counts as “abridging” and “prohibiting,” before moving on to consider the phrase “abridging the freedom of speech.” Five little words, but what a lot they attempt to encompass!

I would then establish some small working groups:

These research teams will inevitably gather rich material to report to the whole class, and these reports can serve as the basis for whole-class discussion of the issues and for subsequent writing assignments, from low-stakes journaling to formal arguments.

The notoriety of Musk’s takeover of Twitter and the widespread discussion it has generated brings the Constitution and its amendments up close and personal to students today. So why not use the opportunity to engage them in some powerful research as well as some opportunities for speaking and writing—and exercising their own freedom of speech.

Photo by Akshar Dave reproduced under license from Unsplash.