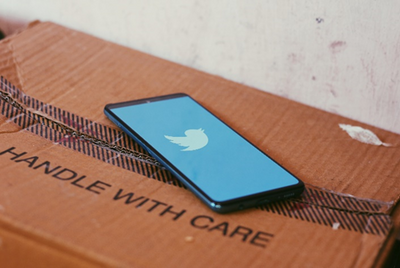 The goal of cultural semiotics as I have described it in Signs of Life in the USA is to probe beneath the surface of our behavior and experience to uncover those meanings that are often hiding, as it were, in plain sight. There is nothing esoteric or hieratic about this, and all it really takes is the ability, and willingness, to set aside the more immediate claims of the phenomena that we are interpreting to reveal something yet more fundamental and often more profound. Take, for example, Elon Musk’s recent takeover of Twitter.

The immediate significance of this event is obvious, confronting us with an extremely high-profile instance of the culture war that is now raging not only in America but also throughout the world: with the prospect (if not already the reality) of Twitter's being wrenched wide open to the most appalling kinds of hateful and dis-informational tweets, it is by no means an overreaction to be very worried about what this will mean for the future of our democracy and for the world as well. Quite appropriately, an enormous amount of attention is already being addressed to this very real threat.

But, behind this threat lies a question that I have yet to see being asked—a very simple question that could also be asked about other extremely powerful agents (like Facebook and TikTok) in the digital age: why have we granted so much power to Twitter and the other titans of social media? After all, no one—no government, no religious authority, no traditional agent of social control—compels us to use one social medium over another, much less tolerate what amount to near-monopolies like Twitter’s. Why are even the extremists who have flocked to sites like Parler and Gettr, and for whom Truth Social was created, so eager to return to Twitter and take it over?

The answer to such questions lies in a phenomenon that Malcolm Gladwell explores in his book The Tipping Point. Specifically, he posits that certain “Ideas and products and messages and behaviors spread like viruses do.” Though the book was published before the full rise of social media, Gladwell’s thesis regarding what he calls “the law of the few” (that is, the way that a small number of select individuals can influence the behavior of a huge number of people) sheds light on the way that Facebook, for instance, wiped out MySpace, even though MySpace got there first—or, how Apple's iPhone obliterated the Blackberry. To put this another way, in a fundamental contradiction of America's still-cherished mythology of individualism, the many follow the few in American society, conforming to what they see everyone else doing once a certain “critical mass” has been reached. Thus, with respect to the topic of this blog, we can say that people flock to Twitter because that is where the flock is.

But it doesn't have to be this way. For, to adapt the anti-war slogan of the sixties, “what if they gave a war and no one came?” we might now ask, “what if they gave a Twitter and no one tweeted?” If this question seems unthinkable, that leaving Twitter to simmer in its own juices simply cannot be contemplated, then there lies the deeper significance of Musk’s Twitter takeover: the digital age is no more self-reliant than the notoriously conformist 1950s, perhaps even less so. The promise of Apple's famous “1984” commercial that personal computing will liberate the masses has never been anything but a sales pitch promoting mass conformity on behalf of a tiny number of corporate titans who rake in all the profits and the power.

Photo by Ravi Sharma (2020) used under the Unsplash License.